What to expect from Apple’s next special event 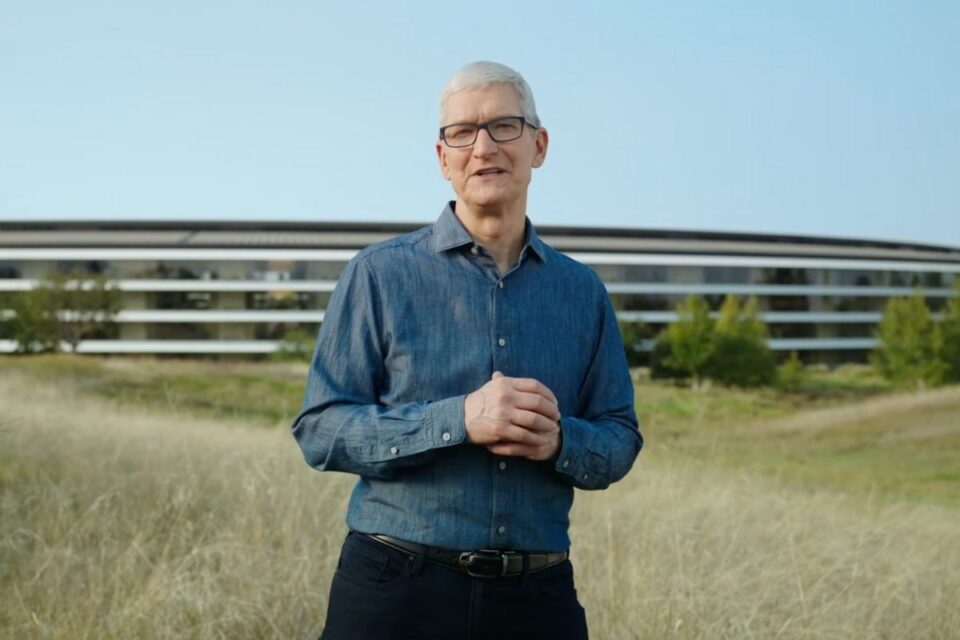 As we near Apple’s annual September event, which typically sees the iPhone maker make its biggest announcements of the year, here’s a look what to expect from Apple’s next special event.

The iPhone 14 lineup is expected to comprise of four new models, including two standard and two high-end “Pro” models. For the regular iPhone 14, Apple is rumored to introduce a new, taller iPhone 14 Max that will offer users the same 6.7-inch display found on the current-generation iPhone 13 Pro Max, without the steeper “Pro” price tag. 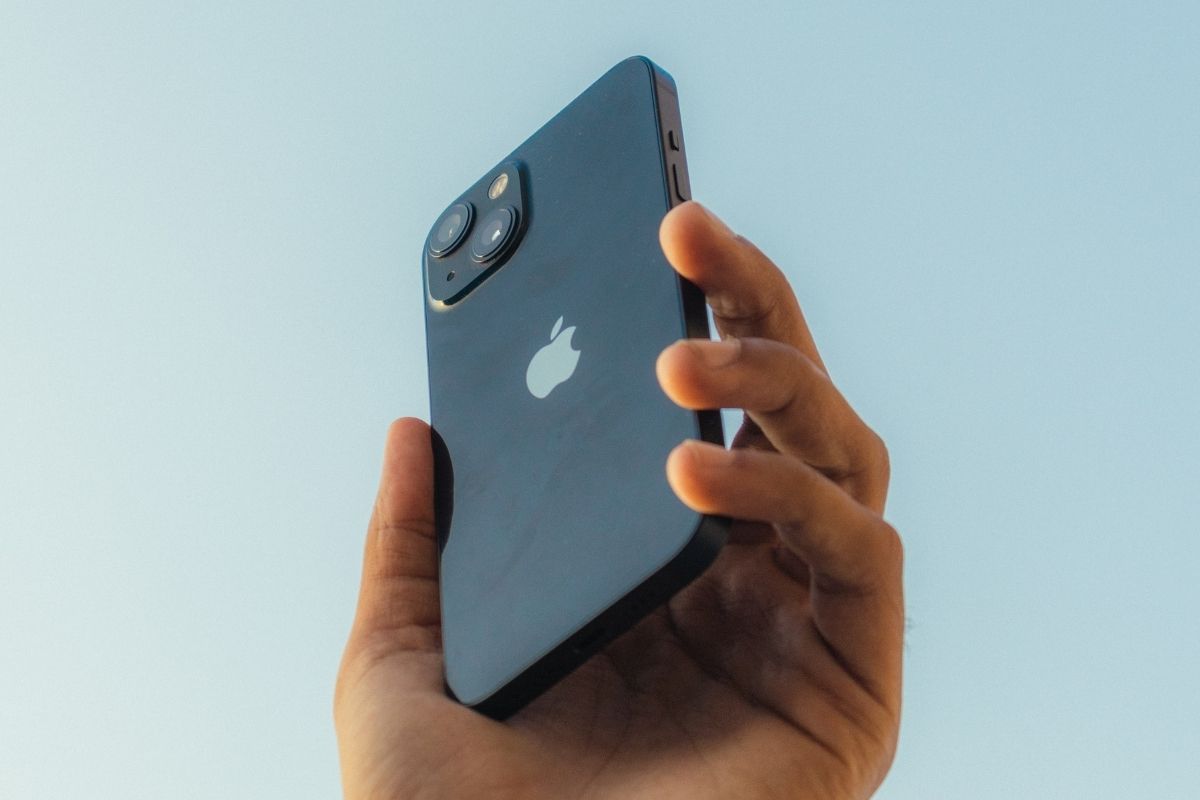 As for new features, the two standard iPhone 14 models are not expected to offer any major new improvements, with the devices likely to follow a very similar design to their predecessors, with a notch at the top of their display, a range of colour options, improved speed and performance, and overall incremental updates. Internally, Apple is expected to keep the iPhone 14 running the A15 chip found in the current-generation iPhone 13, unlike the iPhone 14 Pro lineup, which will run new A16 chips, reports suggest.

This year, Apple is expected to redesign the notch — the rectangular space at the top of the iPhone’s display where the Face ID and front-facing camera system sit — and swap out the current design with new pill-shape and circular display cutouts, offering slightly taller displays compared to the current-generation iPhone 13 Pro and iPhone 13 Pro Max – the two new models will replace. 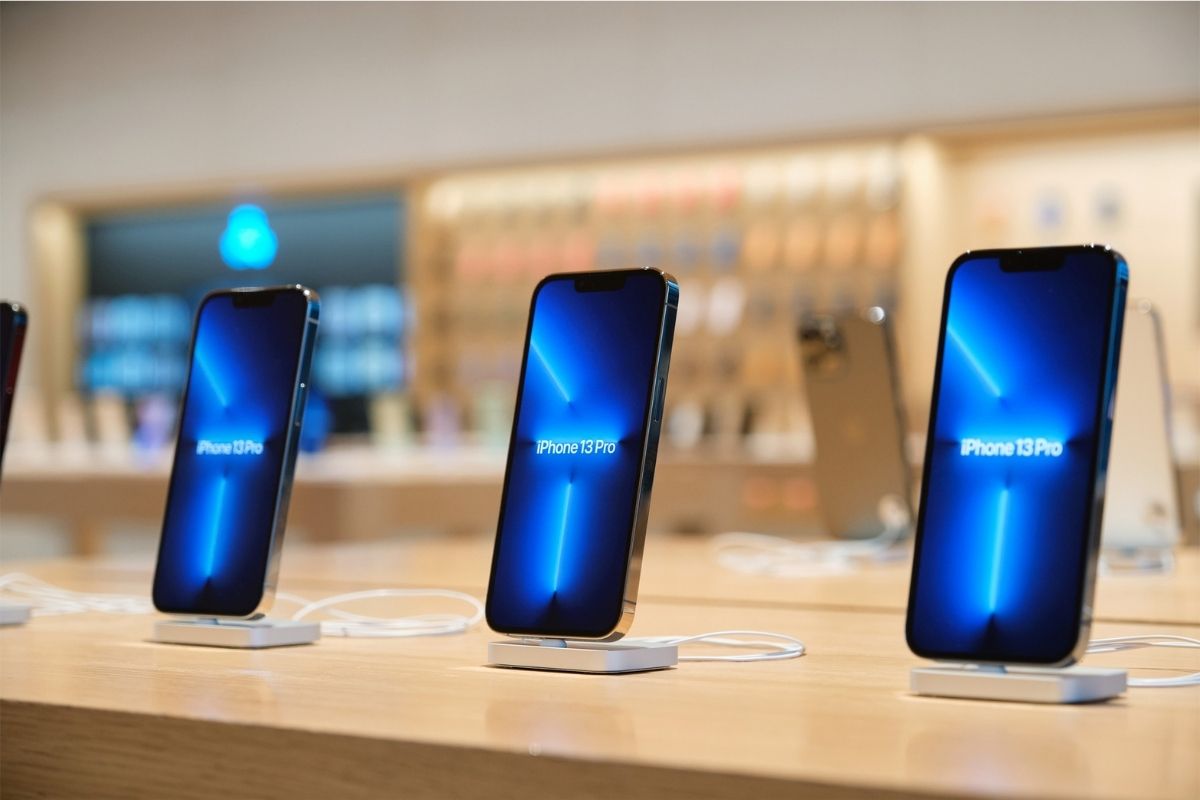 In addition to the new display cutouts, Apple is rumored to increase the size of the camera bump on the rear of the devices, likely due to a new 48-megapixel camera sensor, marking the first-megapixel upgrade on an iPhone since the iPhone 6s, released in 2015, offering 8K video recording and improved picture quality.

For the first time, Apple is expected to launch an always-on display with the iPhone 14 Pro and iPhone 14 Pro Max, which, similar to the Apple Watch Series 5 and later, will offer users glanceable information on-screen all the time while the screen remains at a low brightness and frame rate. The device will darken the display when the screen is locked, showing users their iOS 16 Lock Screen widgets such as the weather, calendars, stocks, activities and other data without the user having to wake their iPhone.

Apple is said to introduce a new A16 chip for the iPhone 14 Pro series, which will comprise of 6.1-inch iPhone 14 Pro and 6.7-inch iPhone 14 Pro Max screen sizes like the current-generation “Pro” series, with the models expected to be offered in four color finishes including Graphite, Gold, Silver, and a new Purple color.

Pricing for the iPhone 14 Pro series is yet to be confirmed, although rumors suggest Apple could increase the price of the new “Pro” series due to inflation and the use of new technologies in the two devices.

Apple’s annual Apple Watch upgrade is on the horizon, and this year Apple is expected to make the lineup bigger than ever with three new models. Like the iPhone 14, the Apple Watch Series 8 is likely to follow a very similar design to its predecessors, although the wearable has been rumored to offer a slightly larger display compared to the Apple Watch Series 7 it will replace.

In terms of performance, the wearable will likely feature an S8 chip that will have the same specifications as the S7, offering no notable improvements to speed or efficiency, with Apple expected to be holding back more major improvements for next year’s “Apple Watch Series 9.” 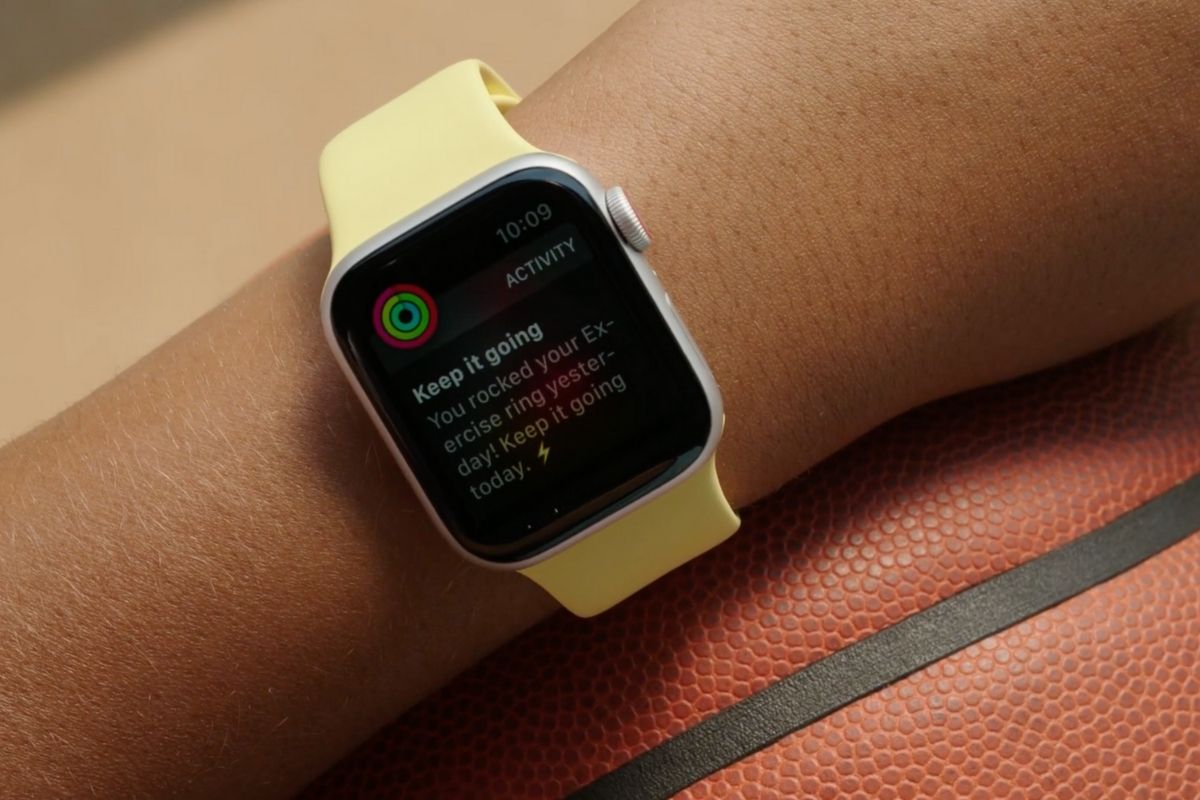 The “SE” series is considered to be Apple’s entry-level Apple Watch and will likely remain in that position with the release of the second-generation, with it currently unknown what new features the wearable will offer. It is likely that the Apple Watch SE 2 will offer incremental updates, with this year’s upgrade likely being the only upgrade the “SE” Apple Watch series will see until 2024.

The launch of the Apple Watch SE 2 is expected to see Apple finally discontinuing the ageing Apple Watch Series 3.

New this year, Apple is expected to introduce a rugged Apple Watch model dubbed “Apple Watch Pro,” featuring toughened hardware to withstand use in extreme sporting environments where the wearable is likely to be knocked, bumped and dropped.

The ‘Pro’ Apple Watch has long been rumored to offer a larger and more shatter-resistant display, enhanced hiking and swim tracking, longer battery life and a heftier and rugged case made from a premium metal material, most likely titanium, likely replacing the Apple Watch ‘Edition’ series that was previously the most premium Apple Watch available. 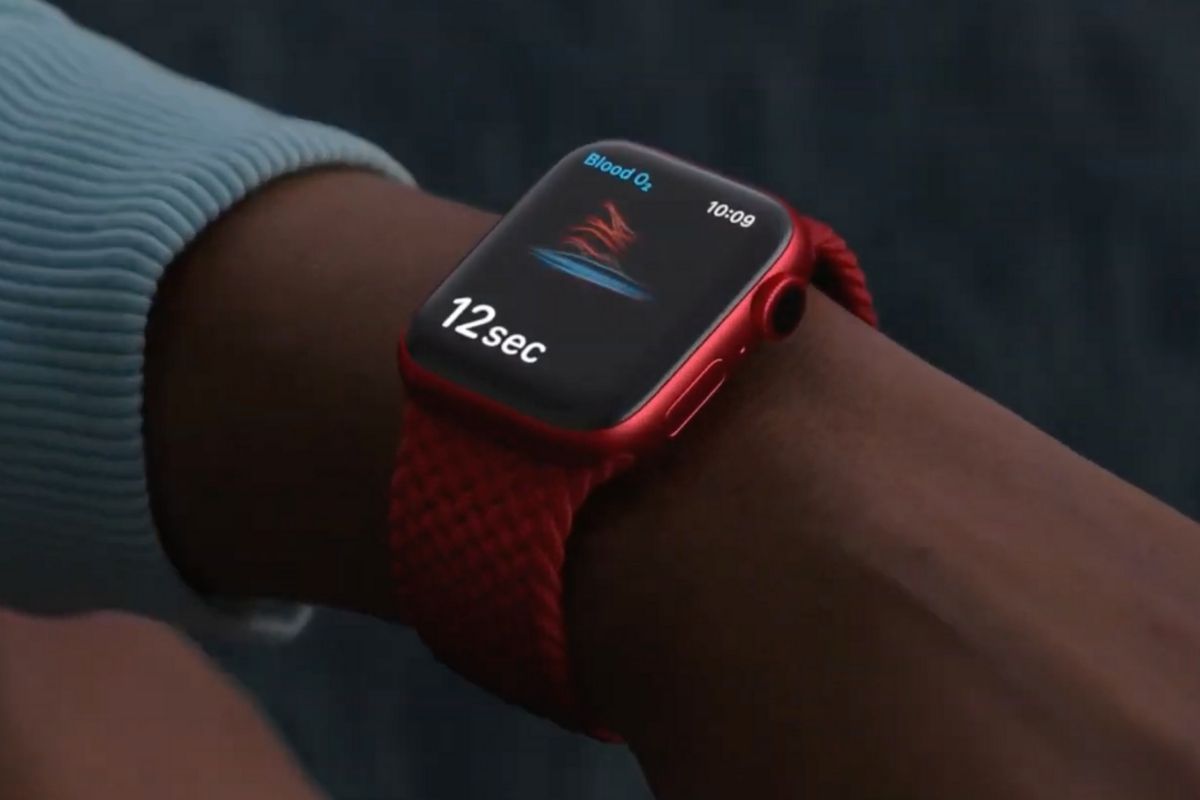 It is understood that the new Apple Watch Pro models will be bigger than the 41mm and 45mm sizes of the current-generation Apple Watch Series 7, offering users improved battery life, enhanced durability and new temperature sensors to offer an approximate body temperature measurement.

The new high-end Apple Watch Pro has been rumored to cost $900 upwards, around the starting price of an iPhone 13 Pro.

Apple previewed iOS 16 in June, with the software expected to be released publicly ahead of the in-store launch of the iPhone 14 and iPhone 14 Pro. 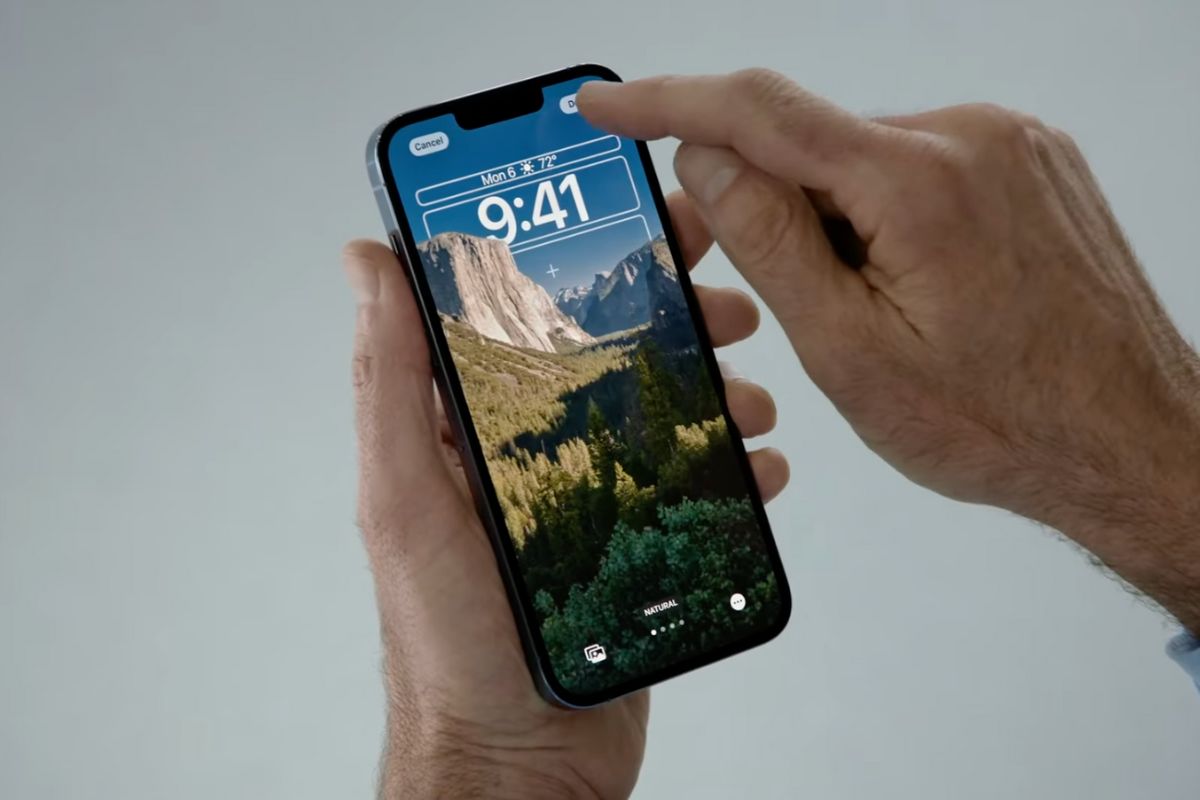 With the release of iOS 16, Apple is also expected to roll out watchOS 9, featuring an all-new look for Siri, notification banners, Sleep tracking improvements, four new Apple Watch faces, and more, plus new accessories for iPhone and Apple Watch, including new protective cases for the iPhone 14 and iPhone 14 Pro, and new straps and bands for this year’s three new Apple Watches.