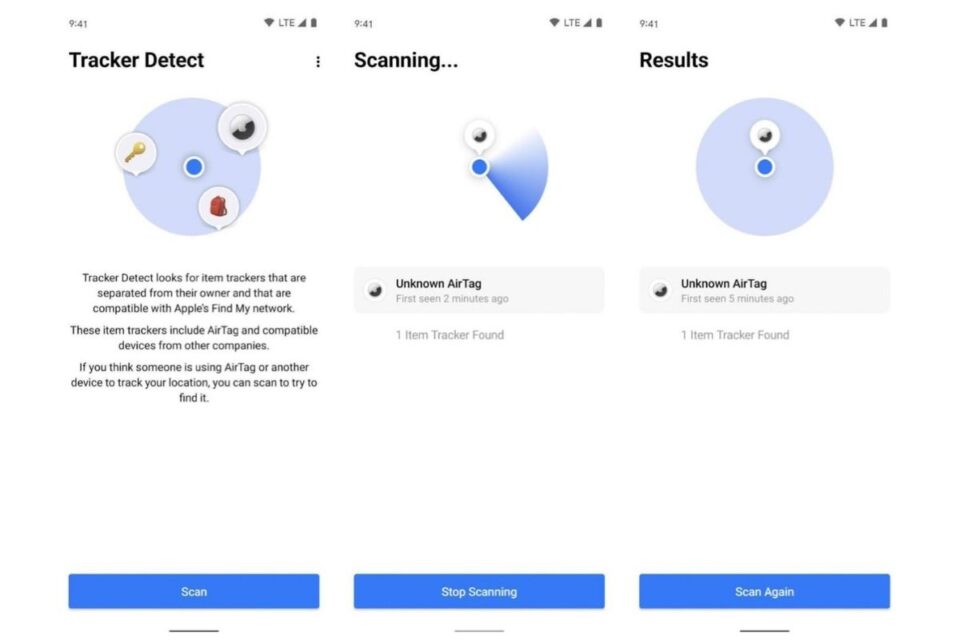 Apple has released a new ‘Tracker Detect’ app for Android that allows users to see if an AirTag or any other tracker part of the Apple Find My network is being used maliciously to track their location.

Apple announced that it would launch an Android tracker detection app earlier this year following concerns over how an AirTag could be used to tracker an Android user’s location, as their device wouldn’t notify them that an AirTag was following them, unlike an iPhone which alerts users when an unknown AirTag is travelling with them.

Spotted by CNET on Monday, the Google Play Store now includes the following wording from Apple: “Tracker Detect looks for item trackers that are separated from their owner and that are compatible with Apple’s Find My network. These item trackers include AirTag and compatible devices from other companies. If you think someone is using AirTag or another device to track your location, you can scan to try to find it.”