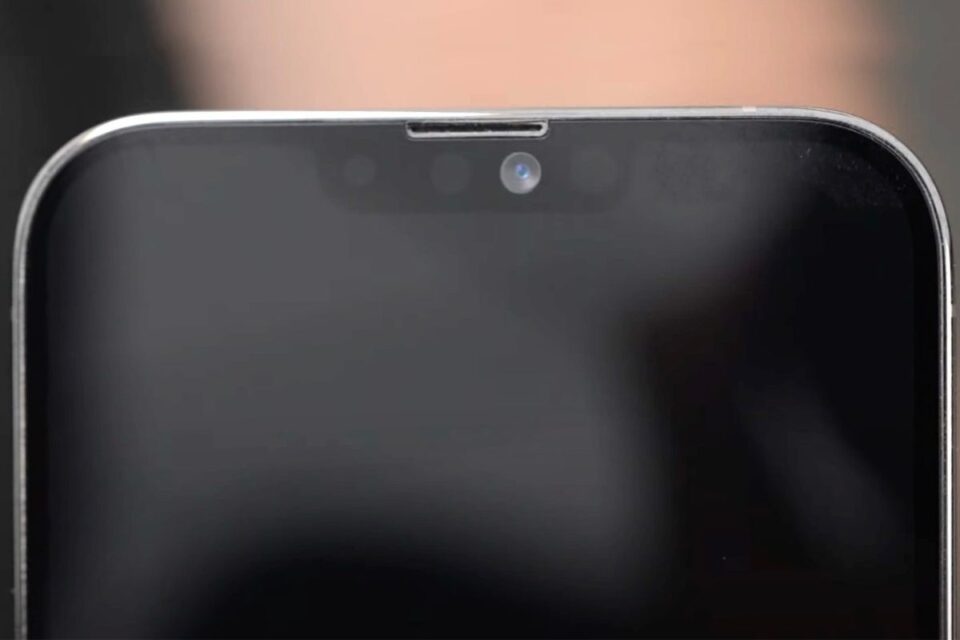 Lewis of Unbox Therapy has shared a hands-on video with an iPhone 13 Pro Max dummy unit, offering a look at the rumored smaller notch, relocated ear speaker, and larger camera lenses expected to launch in fall with the next-generation device.

Following several rumors and reports over recent years, Apple appears to be preparing to make its first visual change to the TrueDepth camera and sensor system, commonly referred to as the notch on the iPhone for the first time since it launched with the iPhone X in 2017.

In March we saw a side-by-side comparison of Apple’s current notch compared with the one rumored to be launching with the iPhone 13 this year, with a report before that suggesting the notch will reduce in width from 34.83mm to 26.80mm.

YouTuber EverythingApplePro shared a 3D-printed mockup allegedly based on leaked schematics for the new iPhone 13 Pro a couple of weeks ago, starting rumors that the device will feature larger camera lenses and a bigger camera bump.

The overall width and height of the iPhone 13 Pro Max is expected to stay as they are now with the iPhone 12 series, with the positioning of the volume buttons supposedly moving up the phone’s chassis slightly.