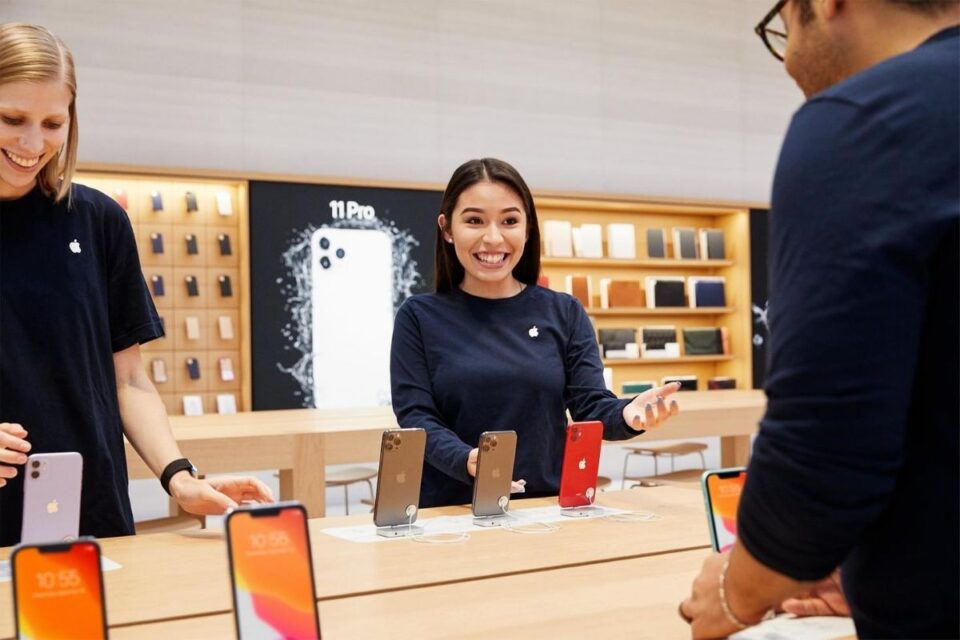 Chinese garment company Changji Esquel Textile is amongst a group of 11 manufacturers facing US sanctions over claims of forced labour in their supply chain, with it believed that Apple has been a customer of at least one of the suppliers for its Apple Store employee t-shirts, reports The Guardian.

Outlining the sanctions imposed on Changji Esquel Textile, the report claims that in the month before the sanctions were announced, Esquel had sent a shipment of women’s cotton and elastane knit shirts to “Apple Retail stores” in California, likely for employee uniforms.

“Apple has imported clothes – probably uniforms for staff in stores – from a company facing US sanctions over forced labour at a subsidiary firm in China’s western Xinjiang region, shipping records show. The details come a week after Apple’s chief executive, Tim Cook, told the US Congress he would not tolerate forced labour or modern-day slavery in the company’s supply chains.”

“An Apple spokesman said the company had confirmed none of its suppliers currently source cotton from Xinjiang, but declined to comment on whether they had done so in the past. The US government in July imposed sanctions on Changji Esquel Textile, a unit of the Hong Kong garment group Esquel, along with 10 other Chinese companies for alleged human rights violations in the Xinjiang region, including forced labour.”