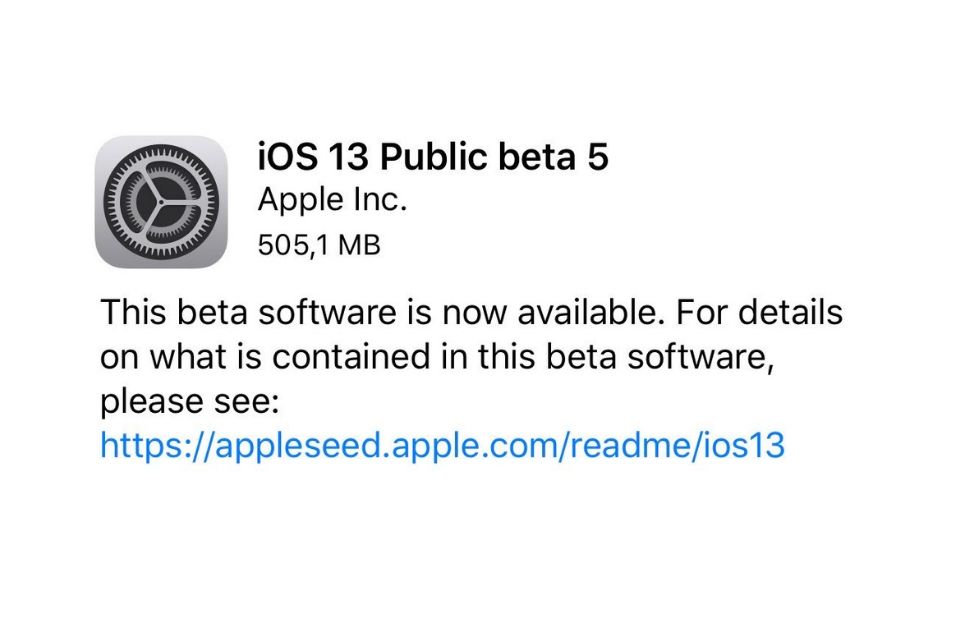 Apple has released its fifth iOS 13 and iPadOS 13 public beta, allowing non-developers to download and test the pre-release software prior to its official public launch in fall.

The update comes following the release of Apple’s sixth developer beta seed of iOS 13 on Monday, adding a new Dark Mode in Control Centrer, the ability to hide link previews on a per-app basis, a new splash screen when opening the App Store and Photos, added transparency to iOS home screen folders, and more.

Throughout the beta testing period, Apple has been adding various enhancements to the operating system, and today’s public beta release will likely add the new features highlighted above to all non-developers running iOS 13.

Users who currently have the public beta of iOS 13 or iPadOS 13 installed can update via the Settings app.