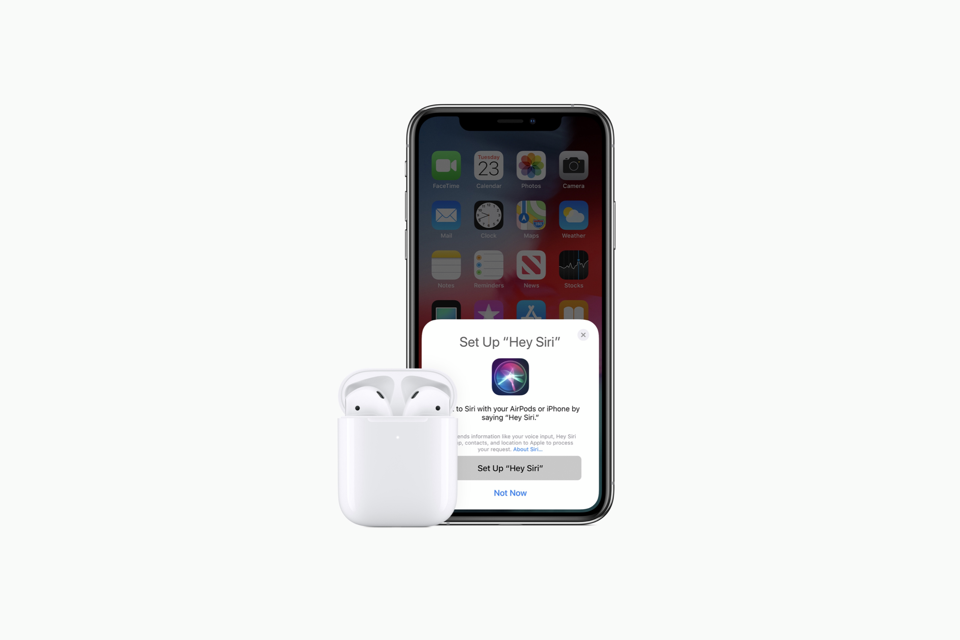 The update to AirPods comes alongside the release of a new optional wireless charging case priced at $79.

The update is far from the large AirPods 2 release we were expecting, but brings some welcomed improvements such as 50 percent more talk time compared to the first AirPods, and speed improvements when switching between devices, with Apple saying the AirPods now connect two times faster.

The release today is the third product Apple has launched this week. On Monday we saw an all-new 10.5-inch iPad Air debut alongside an upgraded iPad mini, and on Tuesday we saw upgraded iMac and iMac Pro models arrive quietly within an update to Apple.com.

Customers purchasing the new AirPods with Wireless Charging Case can opt for a free engraving service. The custom message is positioned at the bottom of the AirPods case, below the LED charging indicator.