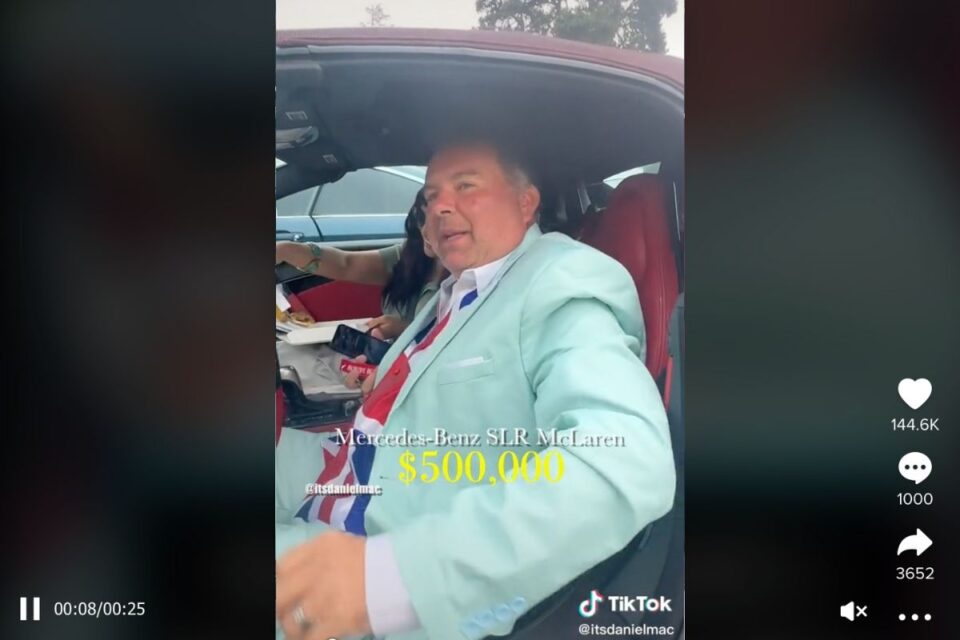 Tony Blevins, a senior Apple executive responsible for the iPhone maker’s company-wide procurement, is stepping down from his role after saying he fondles “big-breasted women” for a living in a now-viral video on TikTok.

Blevins was filmed at a car meet in his half a million dollar Mercedes-Benz SLR McLaren, where he was recorded by TikTok creator Daniel Mac, who asked the Apple executive what he did for a living to afford such a luxurious vehicle, with Blevins responding saying “”I have rich cars, play golf and fondle big-breasted women, but I take weekends and major holidays off.”

After the video went viral, Bloomberg reports that Apple held an internal investigation, with Blevins leaving the company after his “mistaken attempt at humor.”

Quite the occupation this man has ✍️ #mercedesbenz #supercarstiktok #slr #car

“I would like to take this opportunity to apologize to anyone who was offended by my mistaken attempt at humor,” Bloomberg notes.

Blevins had been at Apple for 22 years and was one of 30 executives who report directly to CEO Tim Cook.