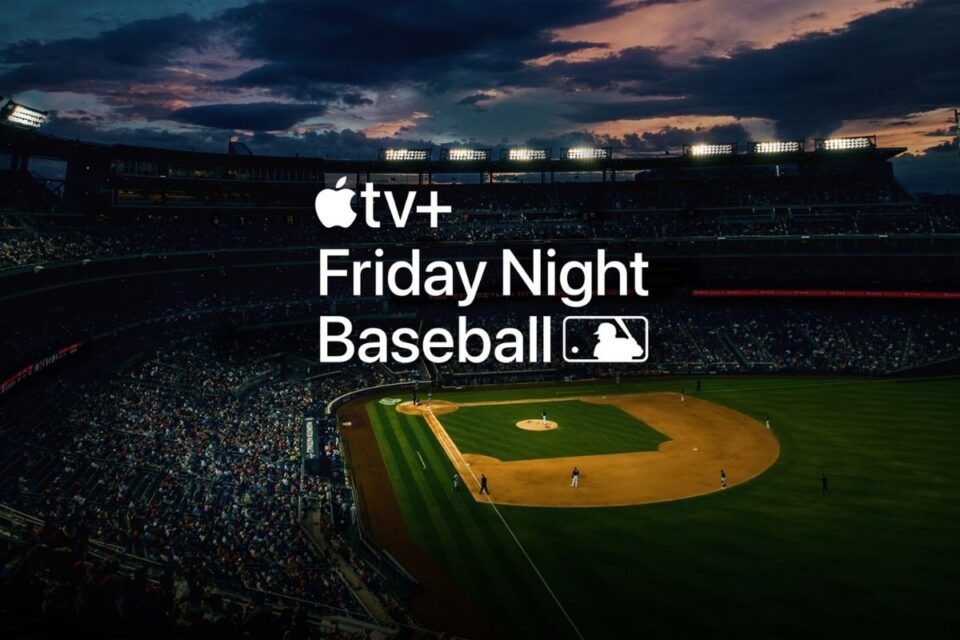 Apple has announced a new partnership with Major League Baseball (MLB), bringing a weekly doubleheader of two baseball games to Apple TV+ on Friday nights during the regular season as part of a new “Friday Night Baseball” series.

In addition to “Friday Night Baseball,” Apple is launching “MLB Big Inning” in the US, a live show featuring highlights and look-ins airing every weeknight during the regular season. With the launch, baseball fans in the US and Canada will also have access to a new 24/7 livestream with MLB game replays, news and analysis, highlights, classic games, and more, as well as a full complement of on-demand programming, including highlights and MLB-themed original content.

Viewers will be able to watch marquee games on Friday nights, free from local broadcast restrictions, across devices where Apple TV+ can be found, including on the Apple TV app on iPhone, iPad, Mac, Apple TV 4K and HD, and on tv.apple.com, along with select smart TVs, gaming consoles, and cable set-top boxes. “Friday Night Baseball” will be available on Apple TV+ — and, for a limited time, without the need for a subscription.

“Friday Night Baseball” will be available on Apple TV+ in the United States, Canada, Australia, Brazil, Japan, Mexico, Puerto Rico, South Korea, and the United Kingdom, and will expand to additional countries at a later date. Apple and MLB will also provide enhanced league and team coverage for fans to easily follow the league or their favorite teams in Apple News, with the ability to watch highlights right in the News app.
0
Shares