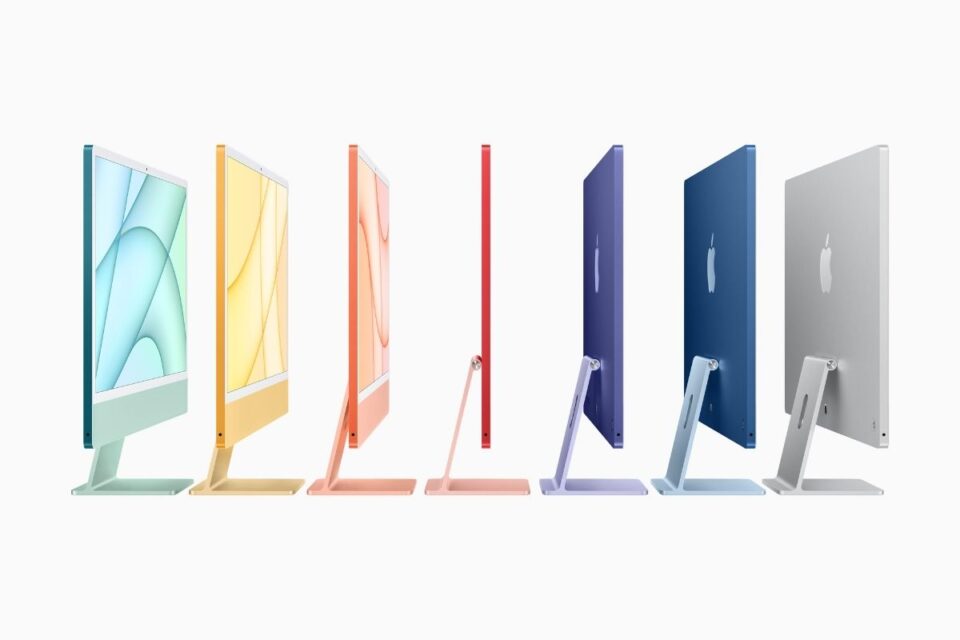 Apple has opened up pre-orders for its new 24-inch M1 iMac, available now online at Apple.com and through the Apple Store app ahead of deliveries and in-store pickups in the second half of May.

The new iMac was announced last week at Apple’s “Spring Loaded” special event, which also saw the launch of a new purple-colored iPhone and AirTags, which are both now released following pre-orders a week ago, alongside an updated iPad Pro and next-generation Apple TV, which is also now available to pre-order starting today.

The machine is now only 11.5 mm thick with a 24-inch 4.5K display. Launching in green, yellow, orange, pink, purple, blue, and silver, the iMac has an all-white front without the Apple logo on the “chin.” Apple says the much more compact design reduces the volume of iMac by 50 percent, allowing it to take up less space and fit easily in even more places.

Each iMac has a color-matching woven power cable and accessories. For the first time, Apple is bringing Touch ID to its desktop computers with an all-new Magic Keyboard, accompanied by an improved Magic Trackpad, which is also available to order today. 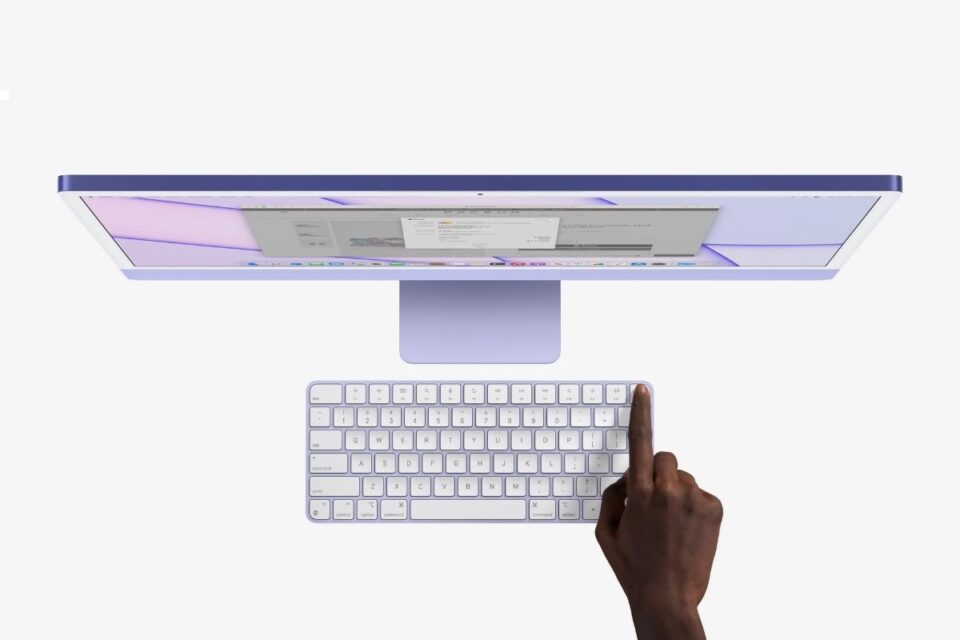 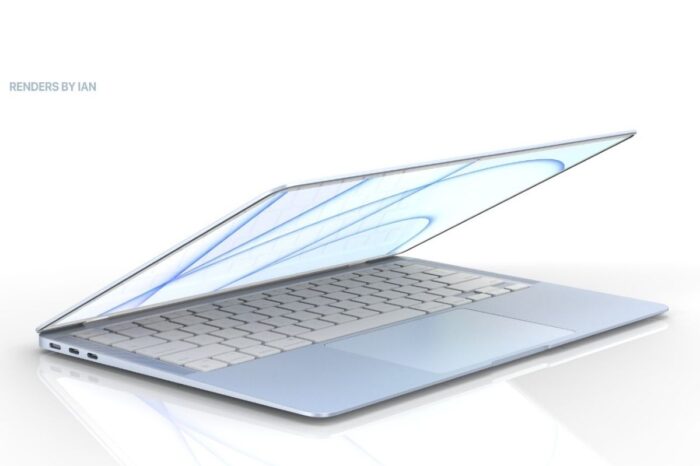