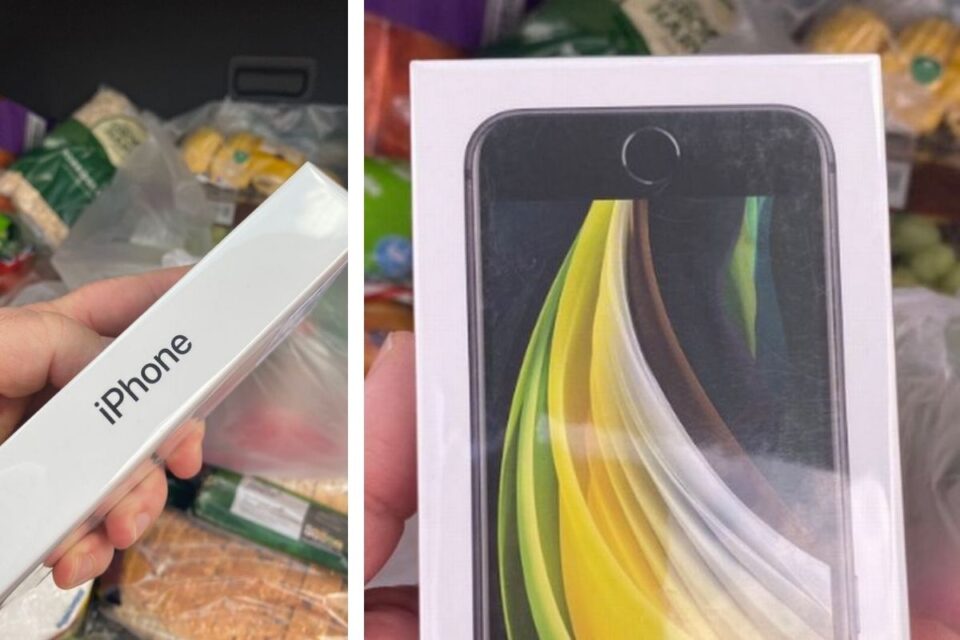 UK supermarket chain Tesco has given a lucky shopper who ordered apples online a free iPhone SE as part of a surprise giveaway that will give customers using its “click and collect” online service freebies including AirPods, the iPhone 12 mini, and more.

Speaking with the Mirror, carpentry specialist Nick James said he was told by store employees there was a “surprise” in his order, expecting it to be leftover chocolate from the recent Easter holiday. Instead, Nick found his bag of apples had been substituted for a free 64GB iPhone SE.

He told the Mirror: “I was half expecting the surprise to be an Easter egg or something – I was a little bit shocked to say the least.”

The giveaway is run in conjunction with Tesco Mobile, which is giving a total of 80 surprise devices away until April 18 at a handful of stores across the UK.

A big thanks this week to @Tesco & @tescomobile. On Wednesday evening we went to pick up our click and collect order and had a little surprise in there – an Apple iPhone SE. Apparently we ordered apples and randomly got an apple iphone! Made my sons week! 😁 #tesco #substitute pic.twitter.com/Mo8rZoAUwD