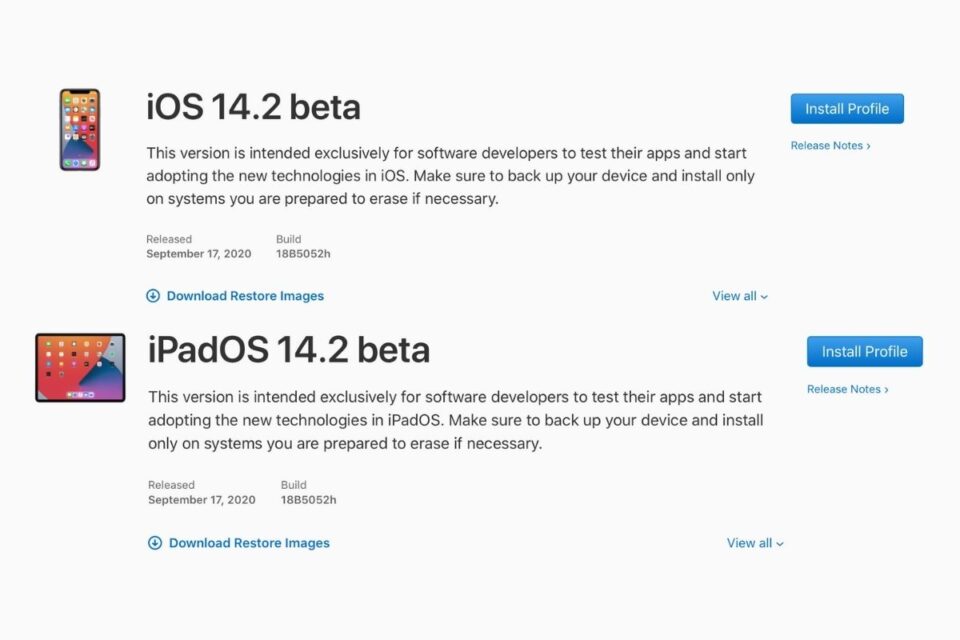 Apple has today seeded the first iOS 14.2 and iPadOS 14.2 developer betas, alongside the first beta of watchOS 7.1 and tvOS 14.2, just a little over 24 hours after the company released iOS 14, watchOS 7, and iPadOS 14 on Wednesday.

Like all developer betas, the new releases are intended for software developers to test their apps and make improvements for them to run smoothly with new technologies in iOS when released to the public.

Today’s release suggests developers won’t be able to download an iOS 14.1 beta, something Apple does occasionally when it makes changes to internal builds that do not require outside input from developers.

Developers can download the iOS 14.2 and iPadOS 14.2 betas from developer.apple.com.