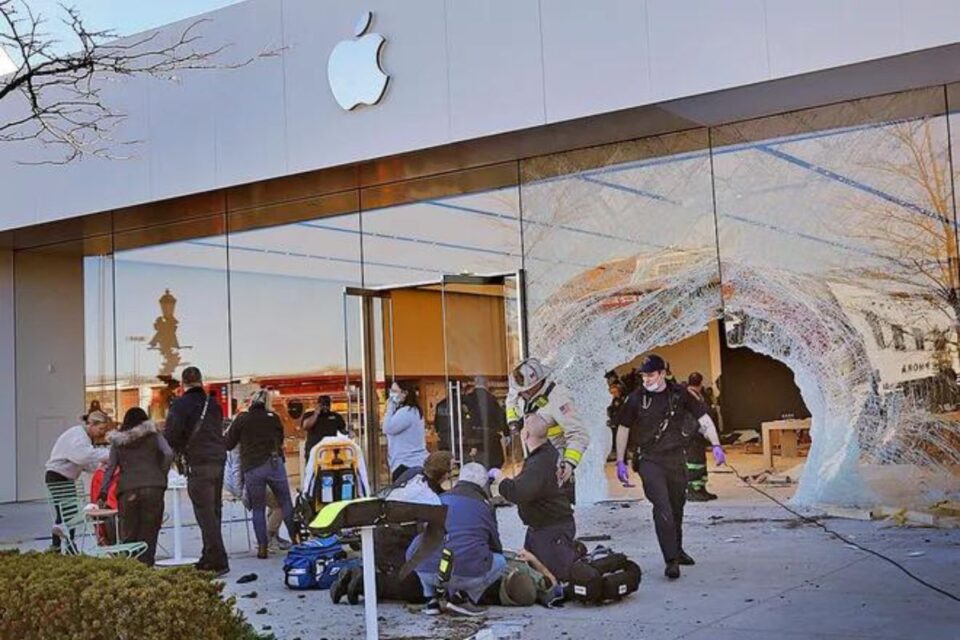 The driver behind the wheel of an SUV that ploughed through the front of an Apple Store in Massachusetts on Monday, killing one and seriously injuring almost twenty others, has claimed that he was searching for an eyeglass store when his foot got stuck on the accelerator, causing his car jump the curb and collide with the store, court documents show.

As reported by Boston 25 News, Bradley Rein, 53, was driving a black 2019 Toyota 4Runner on the day of the collision, with Plymouth District Attorney Timothy Cruz saying that Rein is facing charges of reckless homicide by a motor vehicle and reckless operation of a motor vehicle.

Emergency services were called to the Apple Store shortly before 11 a.m. Eastern Time on Monday after Rein’s SUV sped through the front of the store’s glass facade, with images showing the vehicle deep inside the store as local news sources reported at the time that at least one person was trapped under the car.