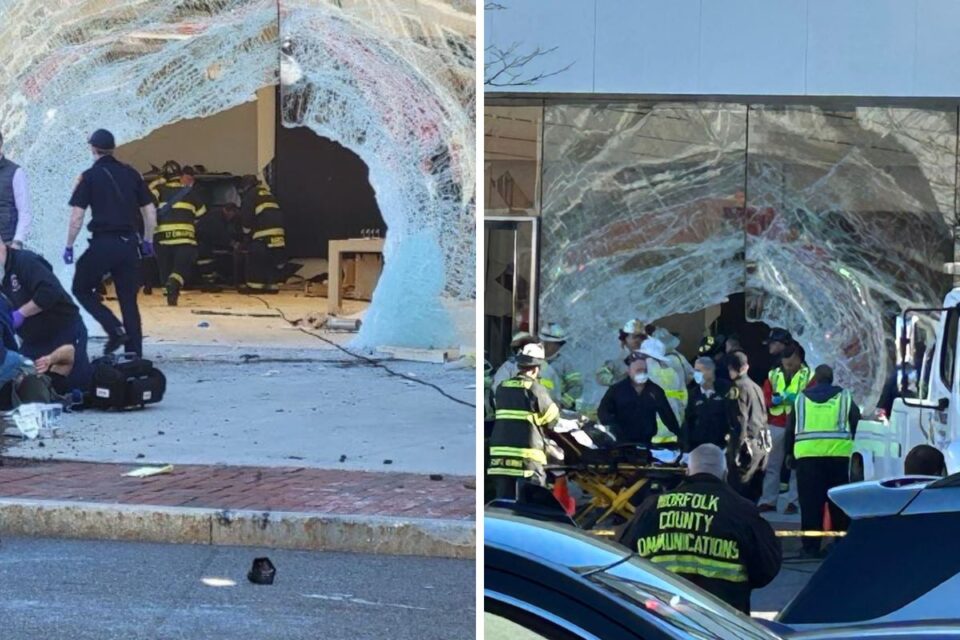 Emergency services are dealing with a serious incident at Apple Derby Street in Massachusetts after a vehicle ploughed through the front of the store’s glass facade injuring at least 10 people, according to Boston 25 News who have cameras at the scene as the drama unfolds.

Police tape, ambulances and fire trucks can be seen outside the Apple Store as images show a black SUV deep inside the retail space after it crashed into the store shortly before 11 a.m. Eastern Time on Monday.

“It sounded like a bomb went off,” one witness told Boston 25. “We saw several people who should have sought medical attention, but they wouldn’t go over because they knew other people were critical.”

The vehicle went through the front glass wall of store. pic.twitter.com/OyUTrPtvnt

The full number of those involved in the incident is yet to be confirmed, as well as the extent of their injuries.

Boston 25 reports that firefighters have tended to what appeared to be a person under the vehicle.