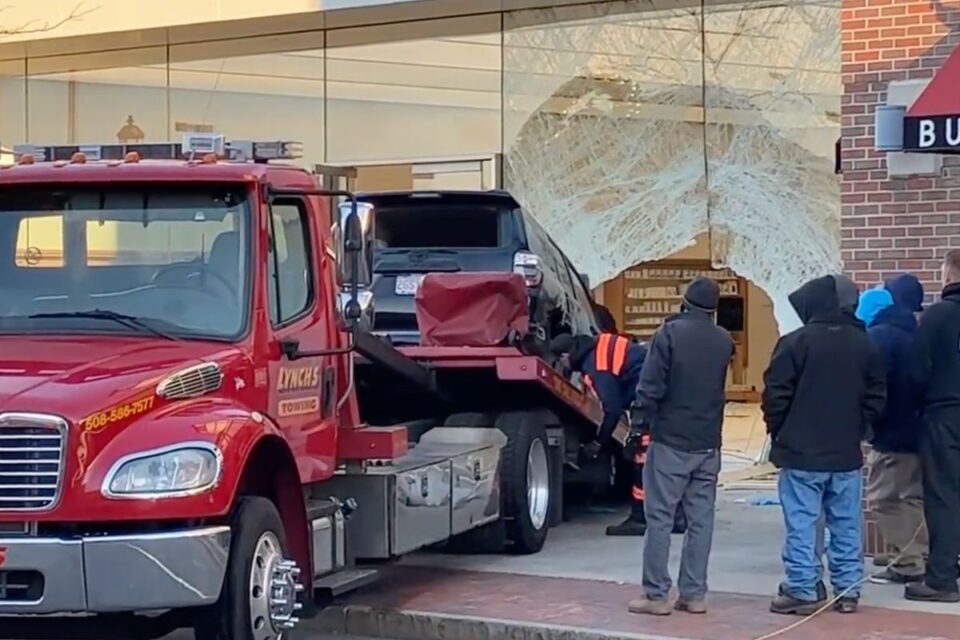 Apple has shared a statement following a deadly incident at Apple Derby Street in Massachusetts today, which saw a black SUV plough through the store’s glass facade and kill one person and injure at least sixteen others.

In a statement, Apple has confirmed that the deceased victim was “a professional who was onsite supporting recent construction at the store,” saying that it was “doing everything [it] can to support our team members and customers.”

We are devastated by the shocking events at Apple Derby Street today and the tragic loss of a professional who was onsite supporting recent construction at the store. Our hearts go out to our team members and customers who were injured and all of those who were affected by this terrible incident. We are doing everything we can to support our team members and customers at this very difficult time.

A Fire Marshall at the scene said that the incident could have been “intentional,” though no official cause for the collision has been confirmed.

A video captured by Boston 25 reporter John Monahan showed the black SUV being pulled out of the store as onlookers watched on.

The Toyota suv that plowed into the Apple Store in Hingham is now on a flatbed truck in being towed away. pic.twitter.com/6nNAiGsGtr