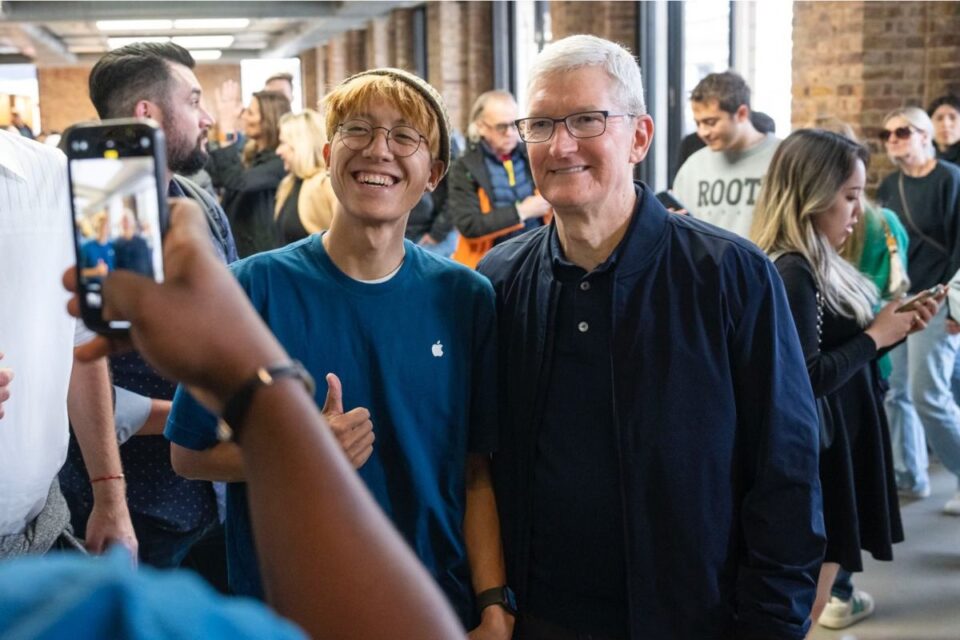 Apple CEO Tim Cook and retail chief Deirdre O’Brien are in the UK visiting retail stores in the country, with Cook seen at Apple Covent Garden this afternoon, and O’Brien at Apple White City.

Deirdre O’Brien regularly visits Apple Store locations worldwide as part of her role as Leader of Retail + People, although it is a little less common to see Tim Cook on overseas trips, although prior to the beginning of the pandemic, Cook would too visit stores around the world each year to coincide with foreign business trips.

The reason behind the trip to London is unclear. The duo could be starting a European tour of retail stores across the continent, or possibly visiting the country specifically ahead of the opening of Apple’s major new 6-floor UK campus at Battersea Power Station in London, which will be home to the iPhone maker’s 1,400 corporate employees in the capital.

It’s good to be back in London! I really enjoyed spending time with customers and with our incredible team at Apple Covent Garden this afternoon. Thanks to everyone for the warm welcome! pic.twitter.com/JBIQfZXfNs

Apple Covent Garden, the store Tim Cook visited today, was recently in the news after the location was raided by armed thieves in a brazen daylight robbery, with a gang of men stealing iPhones and iPads from the store’s display tables before quickly fleeing the scene.

Man beaten and robbed outside Apple Store after buying 300 devices at 1:45am
Copyright © 2022 The Apple Post. All rights reserved.