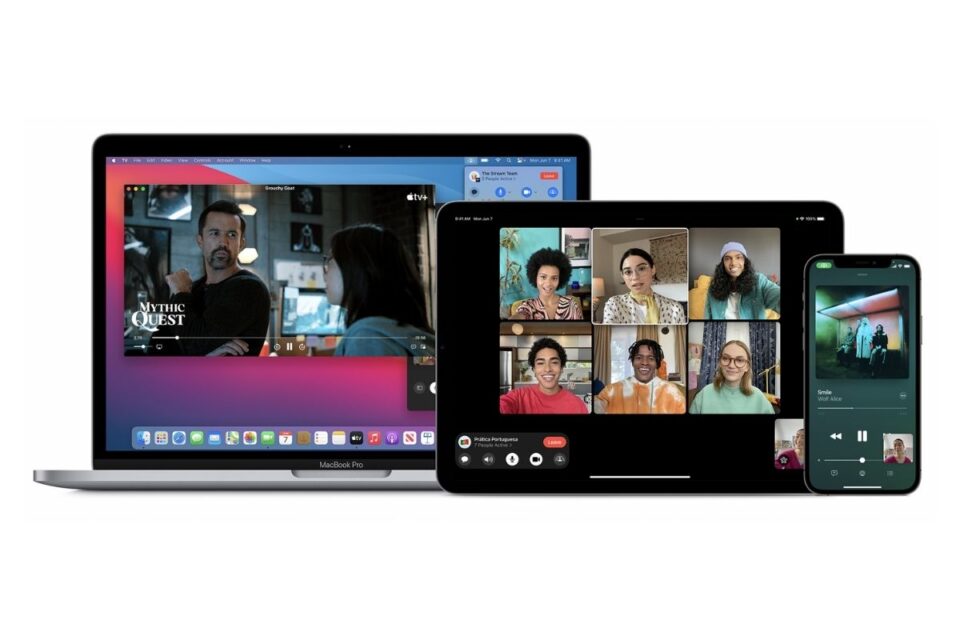 Apple has released SharePlay, a new FaceTime feature for iPhone, iPad, and Mac that allows users to watch movies, listen to songs and share their screen together with friends during FaceTime calls.

Available with the release of iOS 15.1 and macOS Monterey today, SharePlay lets users stream movies and TV shows while on a FaceTime call with synced playback and controls so that everyone in the call sees the same moments at the same time. When listening to music together, everyone in the call can see what’s next and add songs to a shared queue with synced playback and controls.

One of the most exciting new features is the ability to share whatever is on your screen with everyone in the call, from web pages to apps.