Yesterday it was reported that Apple appeared to have increased the Daily Cash back it offers Apple Card users when shopping using the Apple Store app. Today, an email was sent out to cardholders stating that this was an error and not intentional. Cardholders aren’t out of luck though as it appears Apple is letting users keep the 6% in Daily Cash rewards.

The email states that cardholders “may have noticed that a recent Apple purchase was eligible for 6% Daily Cash instead of the standard 3% Daily Cash. This was an error due to a system issue; however, in addition to the 3% Daily Cash that you already received for this purchase, we will be providing you with a one-time credit for an additional 3% Daily Cash back — totaling 6% Daily Cash for that purchase.”

It was first believed that Apple had upped the Daily Cash reward for shoppers. In 2019, Apple ran a promotion for the holiday season that offered 6% cash back when purchasing in-store or online with Apple Card. 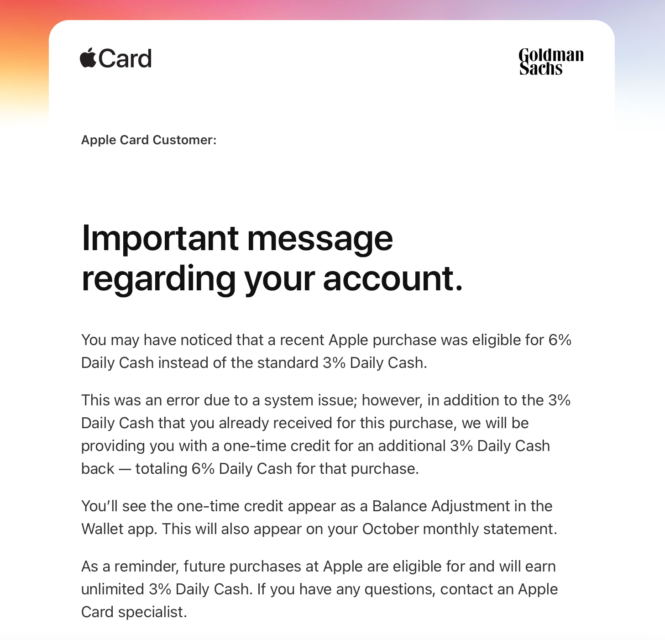