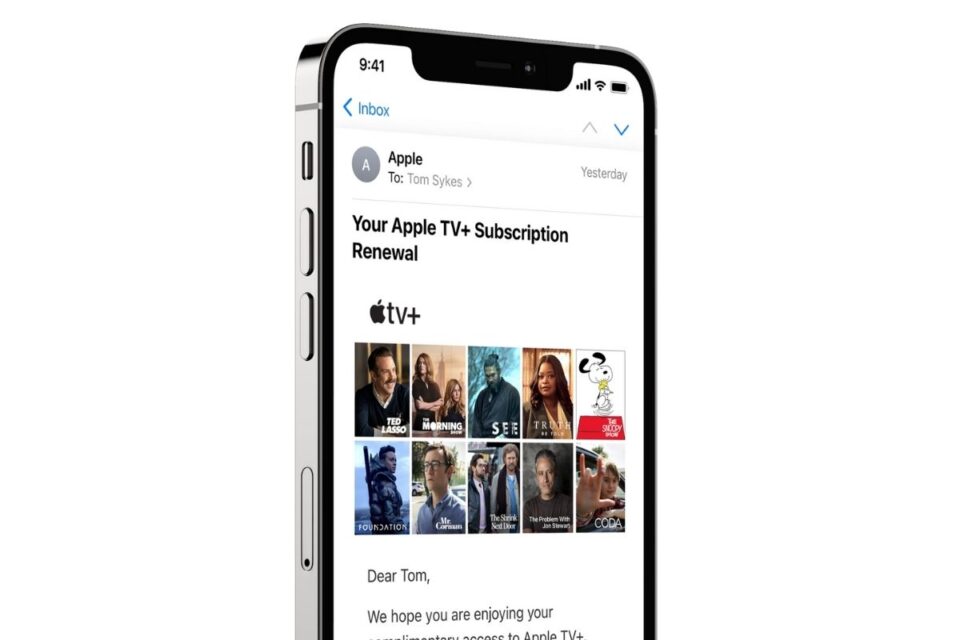 Apple is reminding Apple TV+ subscribers who joined the service at launch with a free subscription that their extended trial of the service will expire a week today, showcasing in an email the new originals and second seasons coming to the streaming service in the coming months.

When Apple TV+ launched in September 2019, Apple announced that anyone purchasing a new iPhone, iPad, Mac, or Apple TV would get a year-long free trial of the service. Since then, Apple has extended the free trial period several times, offering users who qualified for the initial year-long free trial a total of 1 year and 8 months of streaming for absolutely no charge.

However, starting July 1, Apple will begin charging users for their Apple TV+ subscription, which will be billed at US $4.99 per month.

Teasing the upcoming shows coming to the service, including the second season of The Morning Show and Ted Lasso, Apple said:

We hope you are enjoying your complimentary access to Apple TV+. Starting July 1, your subscription will automatically renew for $4.99/month. Apple TV+ has the highest-rated originals of any streaming service*, and new episodes of these award-winning fan favorites are just around the corner…

The email offers a list of new dramas, comedies, kids’ shows, and some big films also coming to the service in the future.

Users who wish to unsubscribe before the billing cycle begins are asked to do so a day before the renewal date.