The statistics, which are based on devices that connect to the App Store, and doesn’t include devices that download the latest software but aren’t connected to an Apple ID, reports that in total, 72% of Apple’s iPhone userbase are now running iOS 14 and that 61 percent of its total iPad userbase use iPadOS 14. 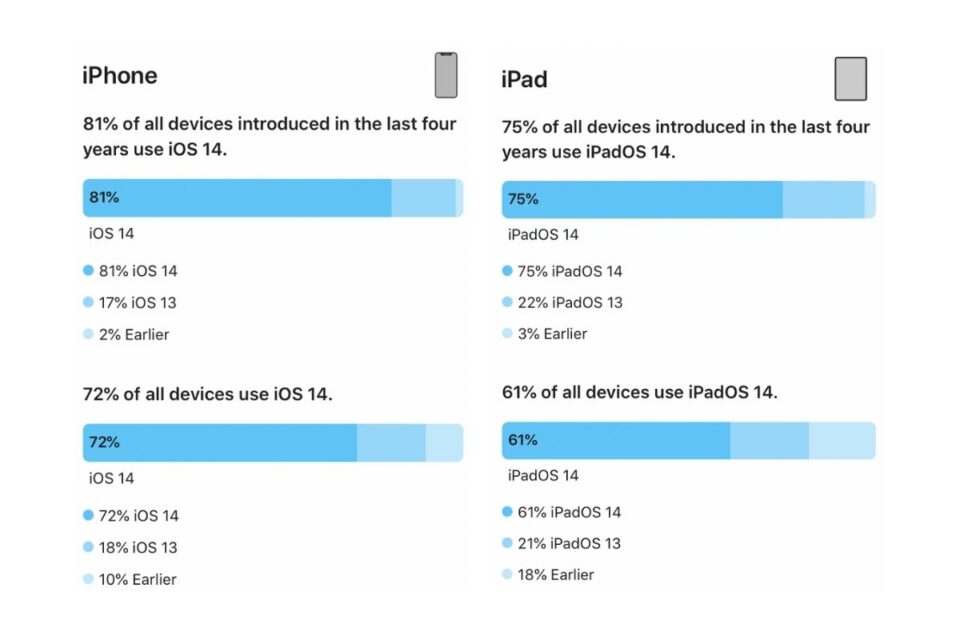 Today’s statistics show that iOS 14 has been installed more times than iOS 13 had been during the same period, likely due to the popular new features found in this year’s release, such as Widgets and the redesigned Home screen.

You can see the data here.