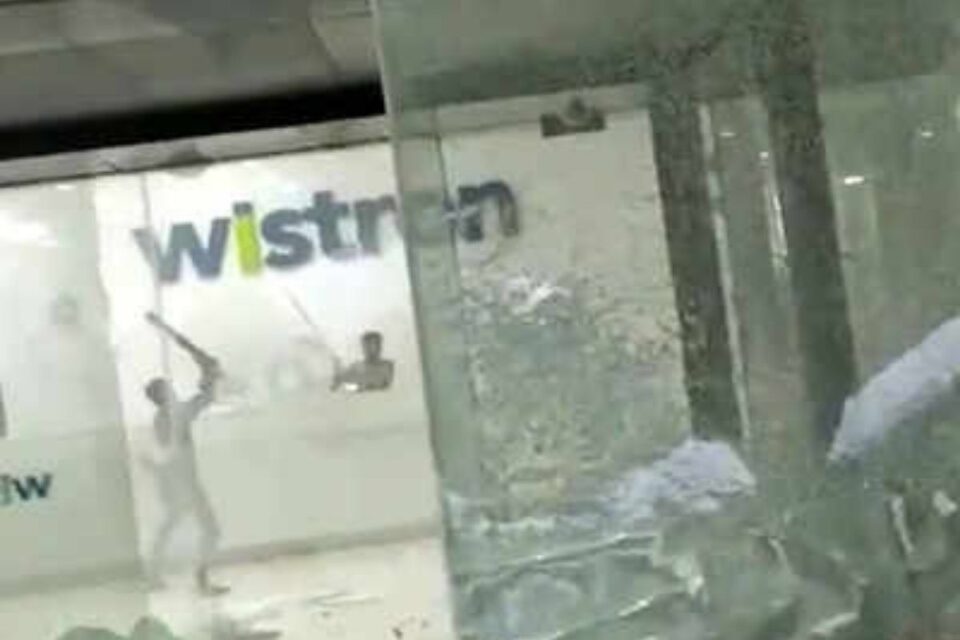 iPhone manufacturer Wistron has suspended manufacturing at its plant in Bangalore, India after a violent riot erupted over the weekend causing an estimated 4.38B rupees ($60M) worth damage to the building and assembly equipment.

The riot, which is believed to have involved almost 2,000 workers, is said to have been caused over underpaid wages by Wistron.

Videos from within the factory show rioters starting a fire, damaging machinery, smashing windows, and even overturning cars in the parking lot.

1/4 #Violence at @Apple #iPhone production plant run by Taiwan-based #Wistron Corp at Narasapura near #Bengaluru in India
Nearly 2,000 employees, alleged not been paid, went on a rampage destroying the company’s furniture, assembly units and even attempted to set fire to vehicles pic.twitter.com/qtlHyJiRAh

The Times of India reports that more than 100 workers have been arrested.

A majority of the nearly 2,000 employees, who were exiting the facility after completing their night-shift, went on rampage destroying the company’s furniture, assembly units and even attempted to set fire to vehicles. Senior police officers along with additional personnel from Kolar district have rushed to the spot. – Though Wistron is yet to comment on the violence, sources told The Times of India that the employee unrest was triggered by salary remittances made to them. Sources said the employees were angry that the company was not paying the amount that was promised to them at the time of joining.

This video was shared with me by disgruntled staff’s who wish to stay anonymous at the moment considering their own & their families safety. pic.twitter.com/TPga8Bh47F

Wistron employs about 15,000 workers at the factory. A spokesperson for the factory said “the incident was caused by people of unknown identities from outside who intruded into and damaged its facility with unclear intentions,” reports BBC News.