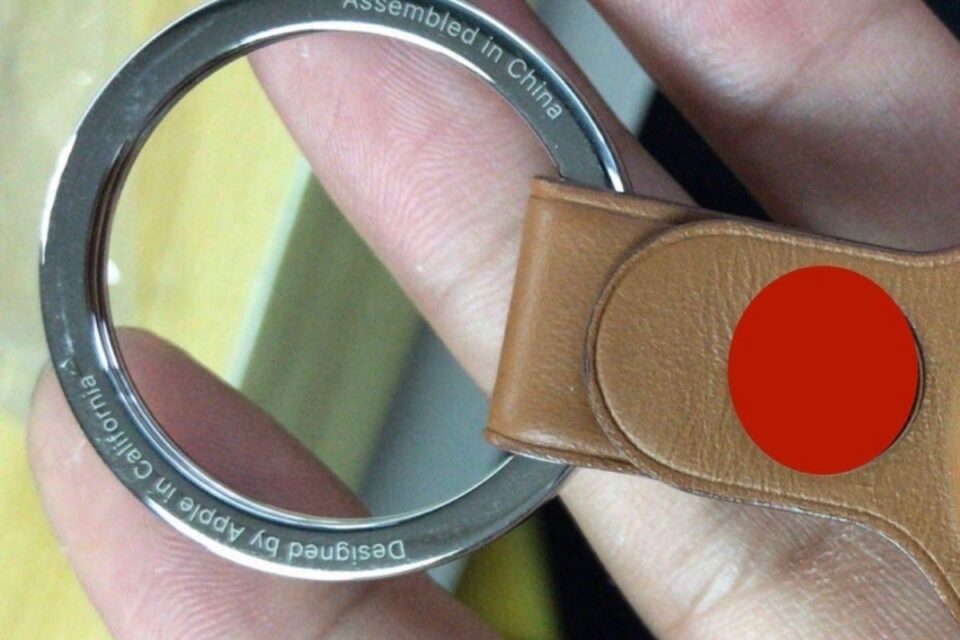 The keychain for Apple’s long-rumored AirTag tracking device has allegedly been leaked ahead of today’s “One more thing” special event, where Apple is expected to announce the small trackers alongside its first wave of ARM Mac models.

Shared in an image by leaker Fudge (@choco_bit), the keyring matches the look of drawings in Apple’s earlier patent applications, with a metal loop featuring “Designed by Apple in California” and “Assembled in China” written on it.

A leather pouch is expected to house the AirTag charger, with a pop-button keeping the pouch closed so the AirTag doesn’t fall out.

Fudge warns that something like this could easily have been produced as a fake and suggests looking at the image with “a bit of salt.”

Looks a lot like this previously reported patent, but take it with a bit of salt though since something similar is easily reproducible in China. pic.twitter.com/HHRi2p4Cyu

The leather in the image appears to be Saddle Brown, which Apple introduced with the iPhone 12 last week.

AirTags are expected to attach to valuables, such as wallets, backpacks, keys, and more, allowing users to track their belongings in the Find My app on iOS, iPadOS, and macOS. The trackers are said to be “just a tad larger than a bottle cap,” with the keychain expected to be sold separately.

The new devices are expected to be announced later today.