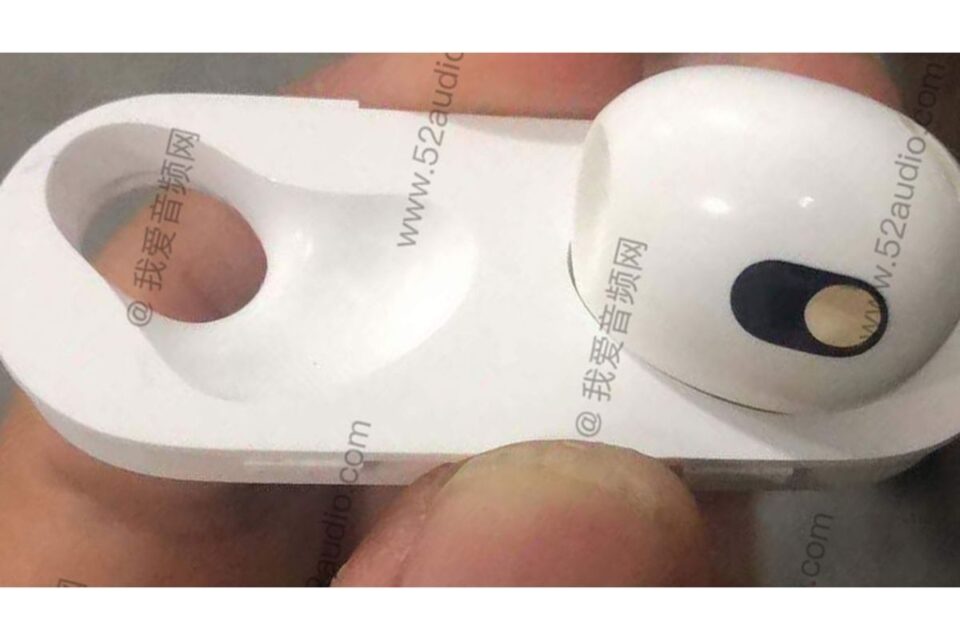 An image has surfaced of what is said to be parts for Apple’s third-generation AirPods, reaffirming rumors that the earbuds will likely gain an AirPods Pro-style design.

The image from Chinese language blog 52Audio (via Mac Otakara) shows a single redesigned earbud with and what appears to be a component for the top portion of the wireless charging case, which the AirPods would slot into when charging.

The blog claims the earbuds will feature the pressure-sensitive control stems introduced with the AirPods Pro, and that the earbuds may also feature Apple’s H1 chip with Hey Siri support, although it is likely that the third-generation AirPods won’t gain Pro features such as Active Noise Cancellation.

Reports have suggested Apple is also working on redesigned AirPods Pro, with “a more rounded shape that fills more of a user’s ear.”

Neither Apple’s redesigned “AirPods 3” or new AirPods Pro are expected to launch until early 2021.