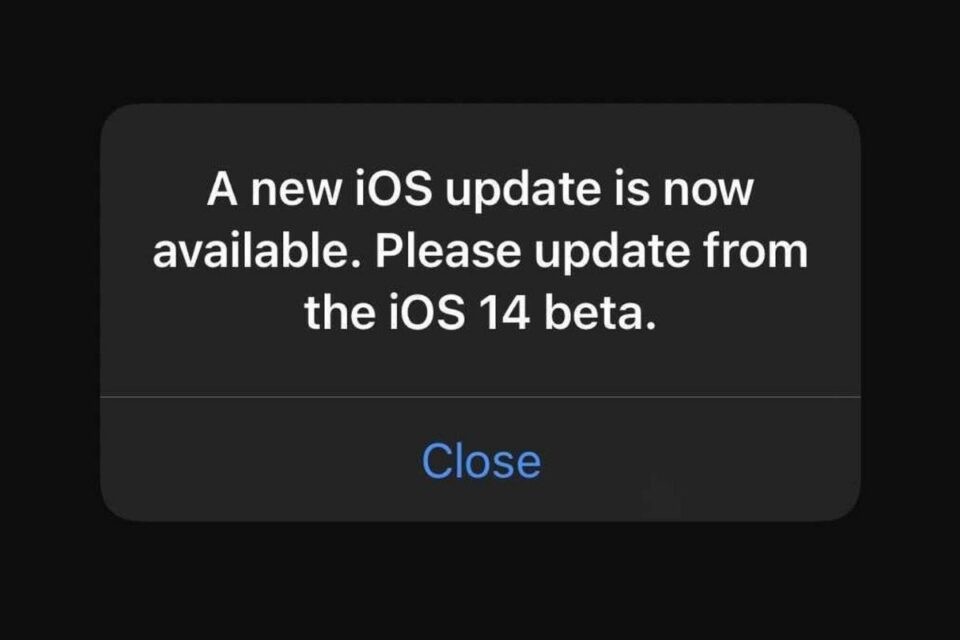 An apparent bug is hitting iOS 14 beta testers, which repeatedly shows a pop-up asking users to update from the latest ‌iOS 14‌ beta, though no new update is available.

Herds of users have reported the problem on Twitter, sharing screenshots of the notification which reads “A new iOS update is now available. Please update from the iOS 14 beta,” and appears repeatedly after being closed.

AppleInsider notes the issue appears to be a repeat of a similar issue in 2018 with an iOS 12 beta, which was caused by a coding error that assigned an incorrect expiration date to the then-current betas.

I keep getting this message to update my phone through iOS 14 beta and it’s making me insane. Because that update isn’t there. pic.twitter.com/ns2zzLyafU