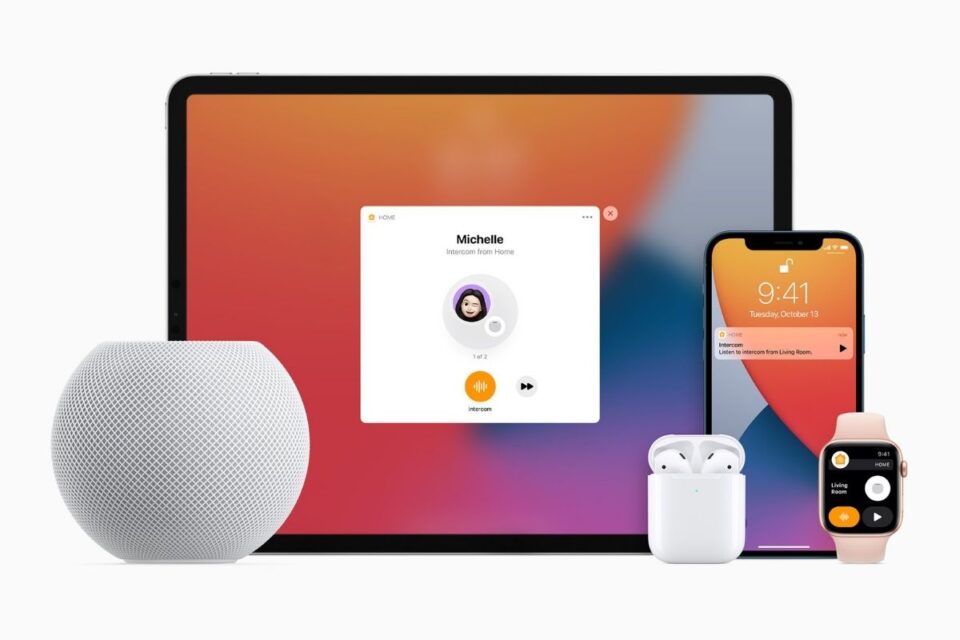 Intercom allows users to quickly send voice messages to other HomePods around the home. The Intercom feature also works with iPhone, iPad, Apple Watch, AirPods, and CarPlay, so messages can be listened to when out and about.

Today’s new HomePod software update brings an option to add music to alarms to wake up to a favorite song or playlist from Apple Music, as well as fixes an issue where stereo pairs can sometimes play out of sync, Siri improvements, and more.

‌Siri‌
– ‌Siri‌ suggestions appear in Maps when you ask ‌HomePod‌ for information about a location
– Web search requests to ‌HomePod‌ can be sent from ‌HomePod‌ to your ‌iPhone‌
– ‌Siri‌ can now stop alarms, timers, and media across ‌HomePod‌ speakers
– Voice recognition support for Podcasts for multiple users in the home

Other improvements and fixes
– Add music to your alarms and wake up to your personal song, playlist, or radio station from ‌Apple Music‌
– Fixes an issue where stereo pairs can sometimes play out of sync
– Improves reliability when using ‌Siri‌ to control multiple speakers
– Optimizes ‌Siri‌ performance