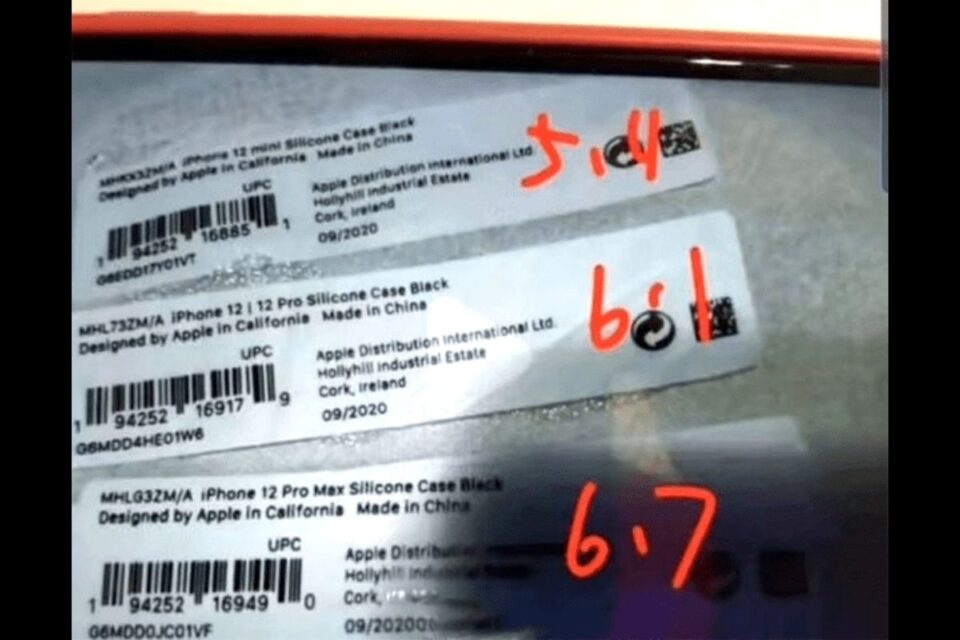 Now images allegedly showing stickers from packaging for Apple’s official silicone cases have leaked, again hinting that the smallest of this year’s new iPhone models will be called the “‌iPhone 12‌ mini.”

The cases themselves aren’t seen in the image, but @DuanRui shows off model numbers “MHL732M/A” and “MHLG32M/A,” neither of which have been used previously by Apple, as well as the address for Apple’s international distribution center in Ireland.

Apple confirmed earlier this year that its usual iPhone release schedule would be pushed back, with recent reports suggesting the new hardware will be unveiled during an event in October, which will also see the introduction of AirTags item trackers, new AirPods Studio headphones, and more.