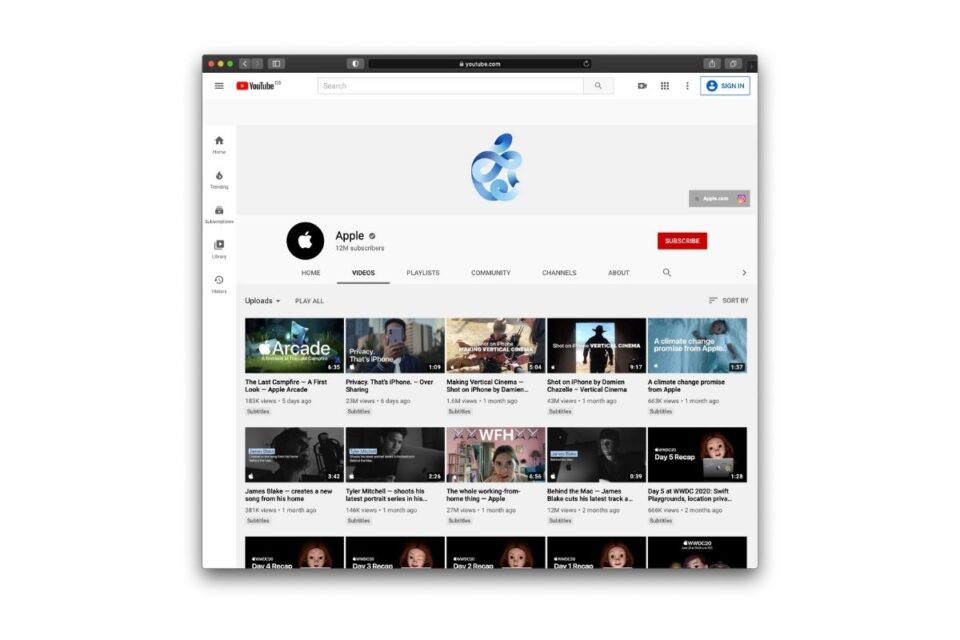 Ahead of the launch of this year’s new iPhone models, Apple has pulled its iPhone 11 and iPhone 11 Pro trailers from YouTube, first spotted by users on Reddit (via Cult of Mac).

The only remaining references to the current-generation iPhone 11 lineup on Apple’s official YouTube channel is videos from its “Shot on iPhone 11” campaign, with all other iPhone 11-related videos being set as private.

Apple announced on Tuesday that it would host a Time Flies media event next week, which rumors suggest will see the launch of the Apple Watch Series 6, redesigned iPad Air 4, and more. It isn’t believed Apple will make any iPhone announcements at next week’s event, with Bloomberg claiming a second event will be held in October to showcase the 2020 iPhone line.

Coincidentally, Apple has confirmed a stream of Tuesday’s media event will be available to watch on YouTube, with users able to set a reminder for when the stream goes live.

iPhone 12 Pro: Everything we know about Apple’s next iPhone. https://t.co/OG9UAGAR8W pic.twitter.com/zw386HFfTE

Apple’s international YouTube channels such as Apple India and Apple Australia appear to still be showing iPhone 11 marketing for now.