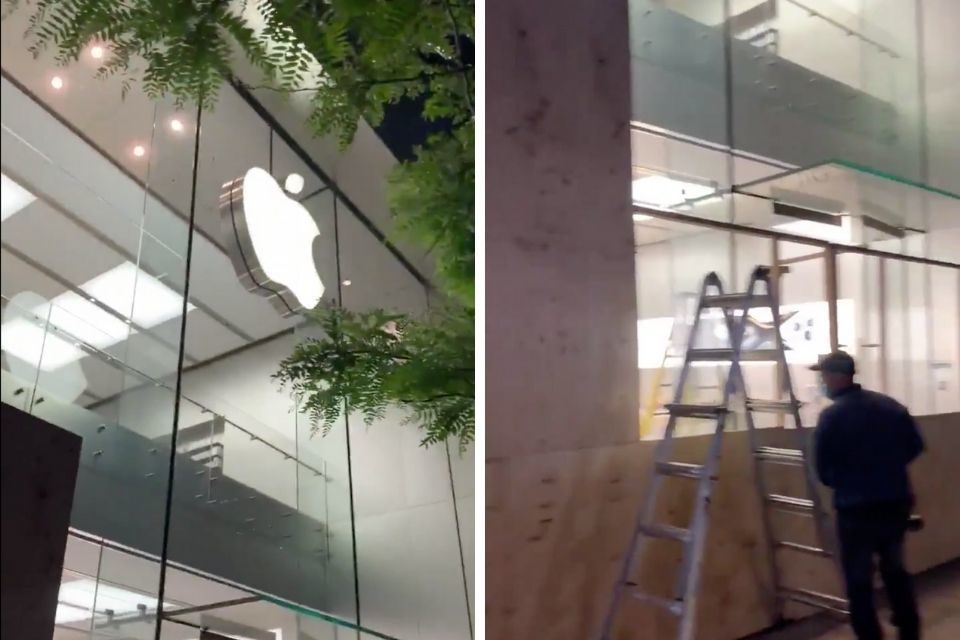 Apple is bracing its Sainte-Catherine Apple Store in Montreal, Canada against looters as violence breaks out in the country amid protests against the death of George Floyd, similar to that seen in the US where several of its stores have been ransacked during demonstrations.

Footage shared by Cole Campbell (@contactcolec) on Twitter shows contractors beginning to assemble wooden hoarding to protect the store’s large glass entrance, similar to that seen elsewhere at other stores where the store’s entrance is accessible from the street.

It is believed the Sainte-Catherine Apple Store is the first outside the US to prepare for potential rioters as similar demonstrations of that which began in Minneapolis, Minnesota begin in cities across the world.

Apple announced yesterday that it is temporarily closing a large number of its recently reopened retail stores in the US amid the violent protests, with stores including Apple Uptown, located on Hennepin Avenue in central Minneapolis, Apple Pioneer Place in Portland, Oregon, Apple Scottsdale Fashion Square in Scottsdale, Arizona, Apple King Street in Charleston, South Carolina and Apple Century City, located at the Westfield Century City mall in Los Angeles, California, all being targeted by thieves.