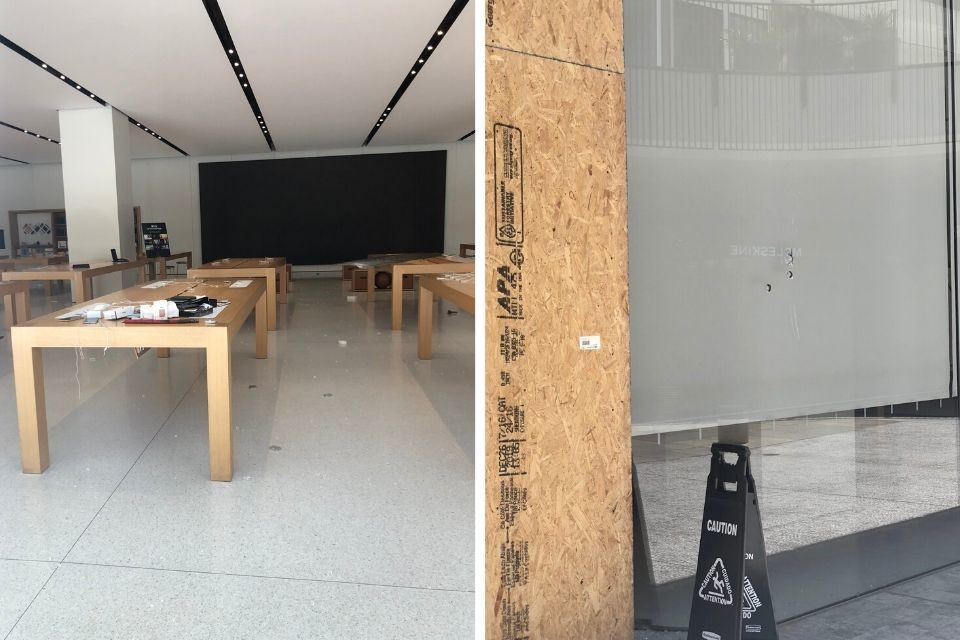 Apple Century City, located at the Westfield Century City mall in Los Angeles, California has been added to the list of stores targeted by rioters amid protests against the death of George Floyd, with images showing the Westfield Apple Store in disarray following the overnight break-in.

Shattered glass from the store’s large glass facade can be seen strewn across the floor, with the display tables usually filled with iPhones, iPads, Macs and Apple Watches standing bare, and product packaging scatted through the store.

Jacki Karsh of LA news station LA36 shared images on Twitter this morning showing the aftermath of the looting, with employees assessing the damage as windows begin to be boarded.

The @Apple store in the @WestfieldCC was looted last night. Employees are assessing the damage now. pic.twitter.com/nGOe8esMqN

Apple announced yesterday that it is temporarily closing a large number of its recently reopened retail stores in the US amid the violent protests, with stores including Apple Uptown, located on Hennepin Avenue in central Minneapolis, Apple Pioneer Place in Portland, Oregon, Apple Scottsdale Fashion Square in Scottsdale, Arizona and Apple King Street in Charleston, South Carolina all being targeted by thieves.