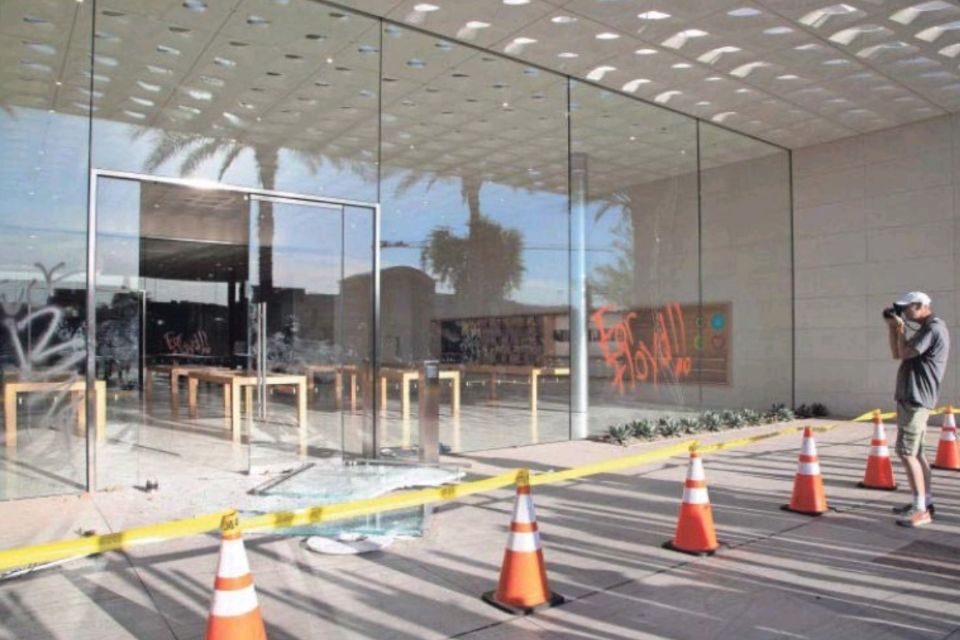 Yet another Apple Store has been ransacked by looters amid protests against the death of George Floyd, this time in Scottsdale, Arizona. A video shared on Twitter overnight shows rioters smashing their way through the glass facade of the Scottsdale Fashion Square store, with Apple’s stores increasingly becoming a hot target for looters out to cause mayhem on the streets of the US.

During a live televised segment on 12 News, areal cameras captured footage of looters as they broke entry into the Apple Scottsdale Fashion Square store, with a group of thieves seen pulling open the store’s large glass doors and running into the empty Apple Store in an attempt to steal whatever they could.

The Apple Post reported yesterday that both Apple Uptown, located on Hennepin Avenue in central Minneapolis and Apple Pioneer Place in Portland, Oregon have been targeted by thieves causing carnage across the country. Footage from the riots showed looters grabbing iPhones, iPads, Macs, Apple Watches and accessories from their display tables, with protestors upturning tables and smashing windows.

Apple appears to have removed all devices from display prior to the robbery, making the smash-and-grab theft slightly more difficult for the brazen criminals.