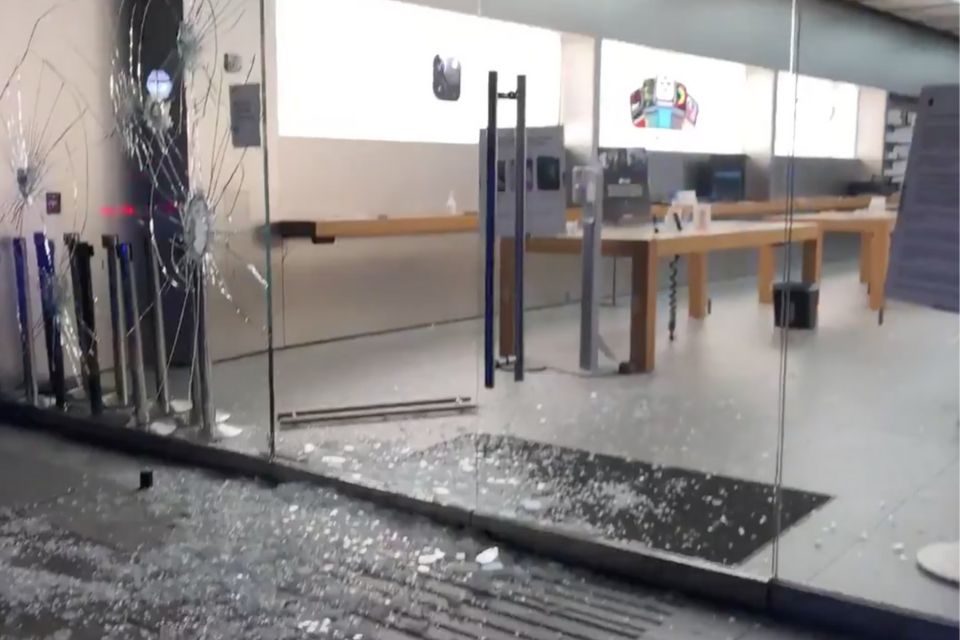 Looters have turned on Apple King Street in Charleston, South Carolina amid a spate of Apple Store break-ins in the US, with a video showing the aftermath caused by the thieves who broke entry through the store’s glass front.

This is just one of many Apple Stores that have been targeted over the past 48 hours. Looters have also turned on Apple Uptown, located on Hennepin Avenue in central Minneapolis, Apple Pioneer Place in Portland, Oregon and Apple Scottsdale Fashion Square in Scottsdale, Arizona, with others also being damaged and/or broken into.

Protestors have broken into the Apple Store on King Street in downtown Charleston. @Live5News pic.twitter.com/Kj7EYof0D3

In most cases, Apple is removing demo devices from show overnight and storing them in the back of store out of sight. Images on social media also show in some locations, Apple is installing wooden barriers around its storefronts in an effort to make itself less of a target.