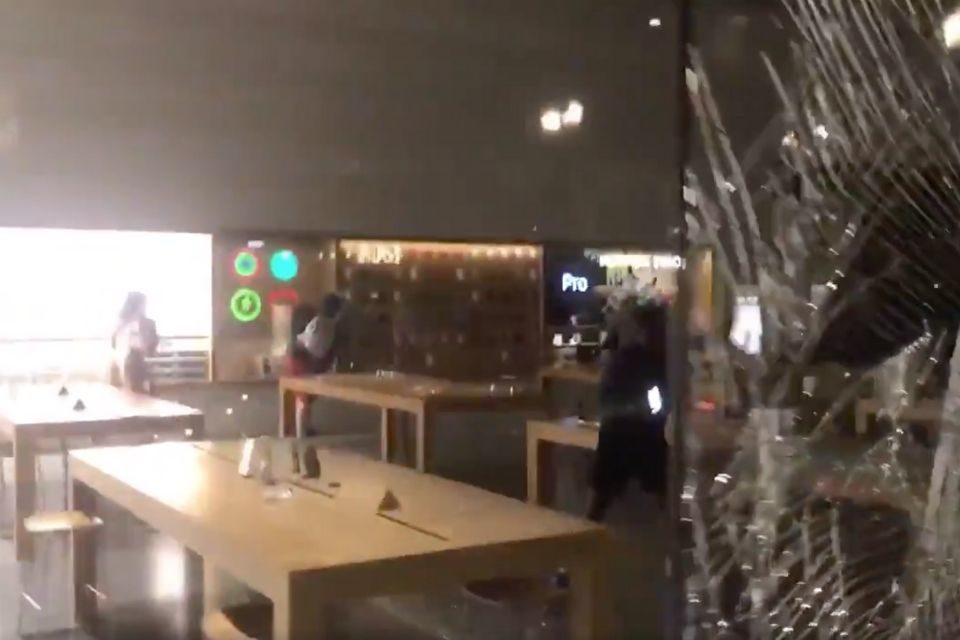 Looters have ransacked a second Apple Store amid protests against the death of George Floyd, with a video appearing online showing thieves smashing windows and stealing merchandise from the flagship Apple Pioneer Place store in Portland, Oregon.

The Apple Post reported today that looters had turned on Apple Uptown, located on Hennepin Avenue in central Minneapolis, on Thursday during protests, destroying the store by upturning tables, smashing the store’s glass facade and clearing all products from sight.

Now, Zane Sparling of the Portland Tribune has shared footage of the Pioneer Place Apple Store in Portland, Oregon being targeted by masked thieves, with the video showing floods of protestors running through the store and ripping devices from their display tables, with graffiti seen sprayed across the store and alarms heard sounding.

Apple store in Portland being looted during protest pic.twitter.com/GqmGCOqRkt

Demo devices, such as those stolen in the two recent Apple Store robberies will undoubtedly be remotely locked by Apple, therefore rendering them useless to the criminals.