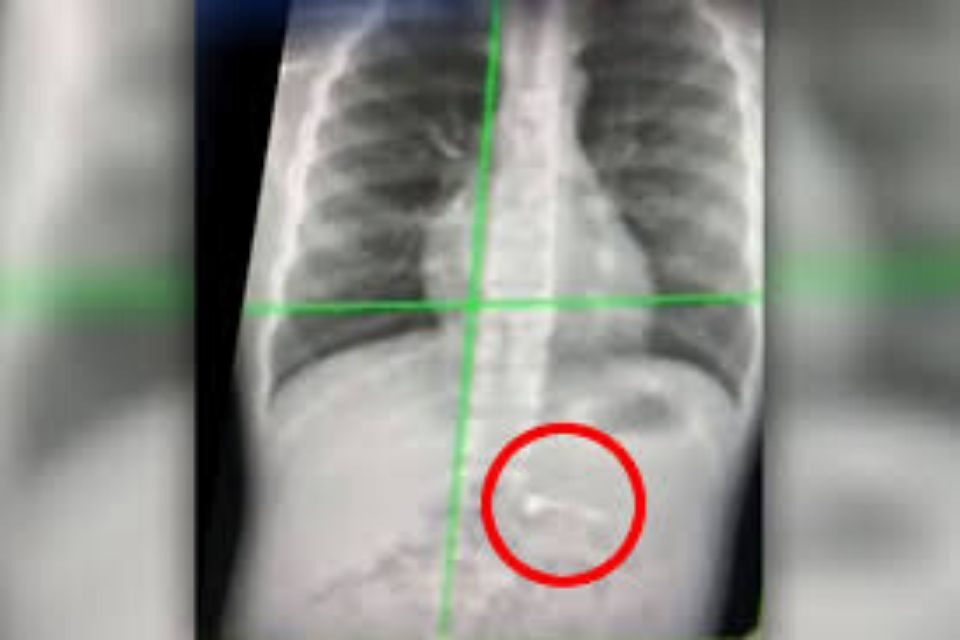 A gift from Santa turned into a mother’s nightmare over the holiday’s when a 7-year-old boy in the US state of Georgia was rushed to hospital after receiving AirPods for Christmas – and later swallowing one.

The boy’s mother, Kiara Stroud, was at work when she received at call from her mother saying that she was en route to the hospital after the child swallowed one of the earbuds, leading on to X-rays which show the wireless earphone inside the child’s stomach.

Doctors have advised Stroud that her son’s AirPod will pass naturally after a few days, though speaking to WSB-TV she said her son was fearful of getting too close to his phone in case it connected to the AirPod and started playing music.

He was like, ‘Mom. I don’t want my phone,’ because he got a phone for Christmas as well, and he’s like, ‘I don’t want to be near my phone. I don’t want it to connect to my phone and start playing music.’ I’m like, ‘Oh my God.’ He’s a crazy kid, Stroud said.

Stroud says she will now use headsets moving forward and that the incident should alert parents to be more vigilant with children using AirPods.

You can watch the interview with Stroud here.