iPhone 11: What to expect from Apple’s next iPhone 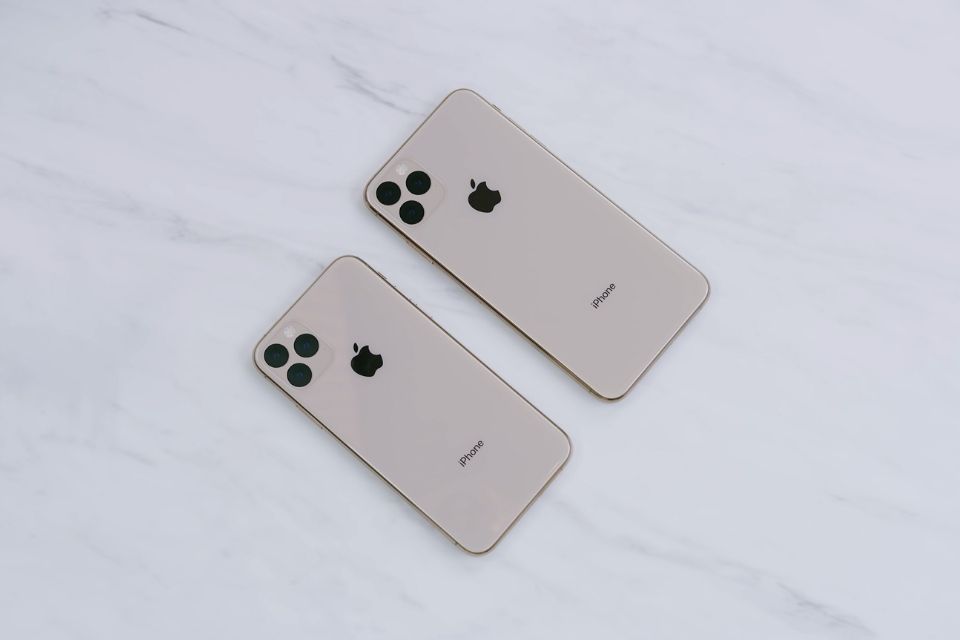 We’re a month away from when Apple is expected to take to the stage to unveil its next-generation iPhone line comprising of three new devices: iPhone 11, iPhone 11 Max and iPhone 11R.

Apple’s forthcoming iPhone 11 (predecessor to the iPhone XS) and iPhone 11 Max (predecessor to the iPhone XS Max) are both expected to retain the same sized 5.8-inch and 6.5-inch OLED displays as those found on the models they are replacing, with the new devices expected to gain an all-new rear triple-lens camera system, an updated volume button/switch design, and more.

Since the beginning of the year, reports claimed Apple’s new iPhone XS and iPhone XS Max predecessors will feature an all-new triple-lens camera system, with renders based on early stage prototypes surfacing in January, offering our first glimpse at what is widely believed to be the square camera bump which will house Apple’s three individual camera lenses and an LED flash, alongside a small microphone cut-out.

The supposed design of the triple-lens camera system hasn’t received the best feedback from the Apple community, with some calling the design “ugly” and “obtrusive”. Originally, it was believed all three color variations of the iPhone 11 (Silver, Space Gray & Gold) would have a black camera housing however, more recent concepts based on supply-chain information suggests each model will have a color-coordinated “bump”, as shown below by renowned concept creator Ben Geskin. 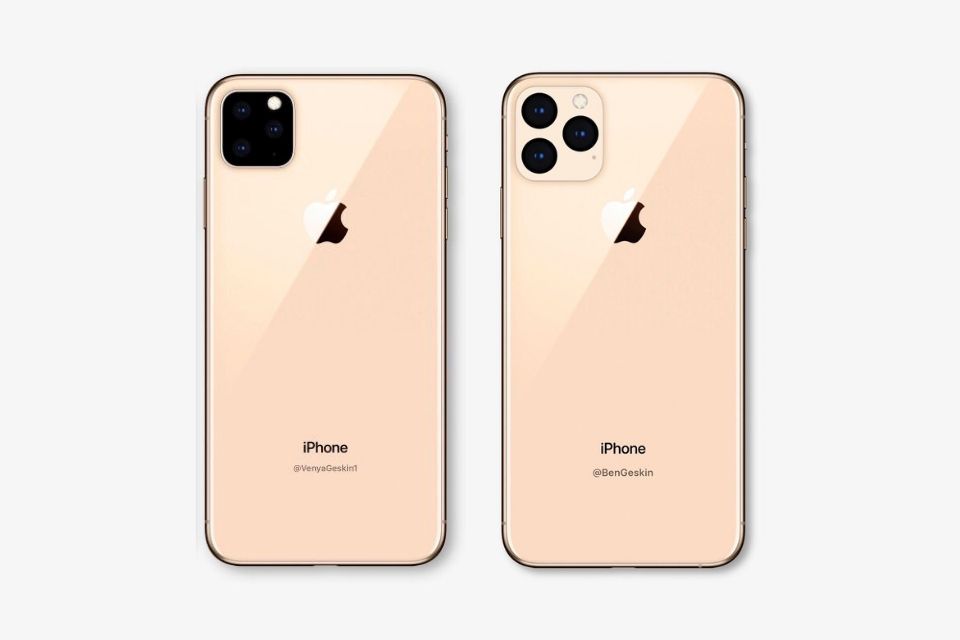 The three new lenses, expected to be arranged in a triangle configuration, could offer 3x optical zoom capabilities, up from 2x optical zoom on the iPhone XS and iPhone XS Max, improved low-light performance and better 3D sensing abilities for augmented reality purposes.

Analysts are going back and forth reporting on whether or not Apple will replace the Lightning port on the iPhone 11 with USB-C. Despite a flurry of earlier reports which suggested USB-C would be arriving for the very first time on iPhone in 2019, it now appears as if the Lightning port isn’t going anywhere and the port will live on, for now.

iPhone 11 is expected to see Apple introduce a new bilateral charging feature, similar to that found on Samsung’s Galaxy S10, which would allow a user to rest any Qi-enabled device or accessory, such as another iPhone or the wireless charging AirPods case on the back of the device to wirelessly transfer power – ultimately turning the rear of the iPhone into a mini, transportable wireless charging pad. – The Apple Post has shared concepts of “PowerDrop”, envisioning the new iPhone-to-iPhone charging system.

With the exception of the new triple-lens camera system on the rear of the device, the iPhone 11 and iPhone 11 Max are both expected to retain the same overall design as the current-generation models. It doesn’t appear as if Apple will make any significant changes to the size of the “notch” which houses Face ID and the front-facing selfie camera, or the bezels which run around the display. – Some suggest Apple may include a refreshed volume switch, similar to that found on the iPad mini. 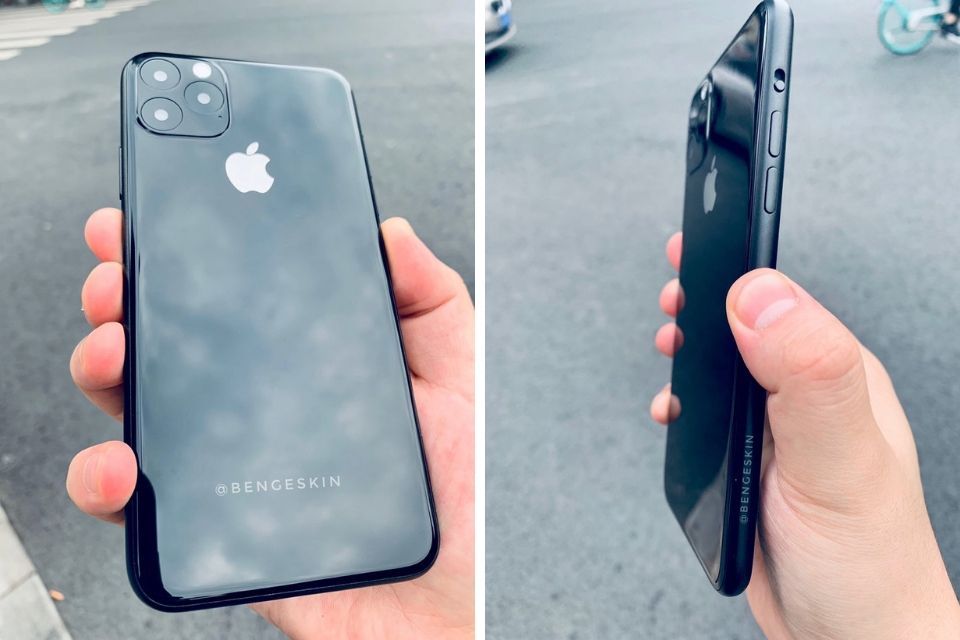 3D Touch is expected to be removed from the iPhone 11 and iPhone 11 Max in favor of Haptic Touch found on the current iPhone XR. Haptic Touch mimics 3D Touch by sensing when a user is pressing on the display and performing 3D Touch-like action, such as toggling the flashlight on the lock screen, and opening menus in Control Center, but unlike 3D Touch, Haptic Touch doesn’t require a costly pleasure sensitive.

Apple’s decision to kill 3D Touch has been long rumored, and is believed to have been made to help reduce component costs for the device.

Apple isn’t expected to add 5G cellular compatibility to the iPhone until 2020 at the earliest, meaning the device will lag behind its Android competitors who already offer 5G connectivity on their devices. The iPhone 11 and iPhone 11 Max will likely offer battery improvements over the previous generation devices and will include a new Apple-designed A13 chip.

Rumors point to Apple introducing a revamped Taptic Engine that’s codenamed “leap haptics,” but there’s no word yet on what might be different. The devices may support Wi-Fi 6 (802.11ax), offer a 4×4 MIMO antenna design, allowing for faster LTE speeds. 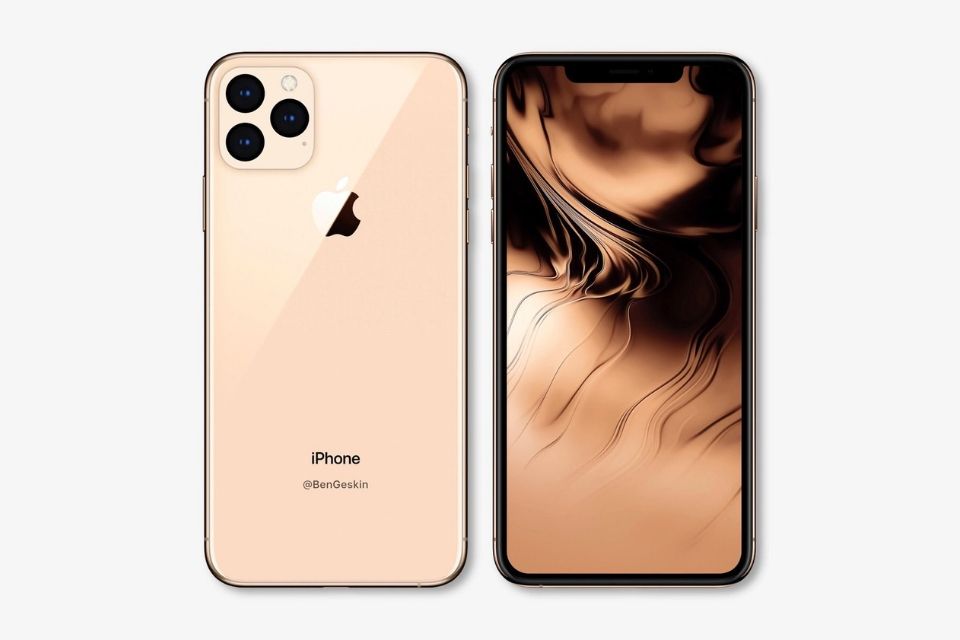 Pricing is still unknown for the next-generation iPhone line, but some have suggested the range could be priced slightly lower than the current-generation iPhone XS and iPhone XS Max in the hope of improving adoption amid a falling number of iPhone sales. An official name for the two new devices is yet unconfirmed however, Apple could follow-on its roman numeral naming scheme by calling the devices the iPhone XI and iPhone XI Max, but for simplicity we’re referring to the devices as the iPhone 11.

The new devices, which will be unveiled alongside an update to the iPhone XR, are due to be announced in September, with release expected between late September and November.