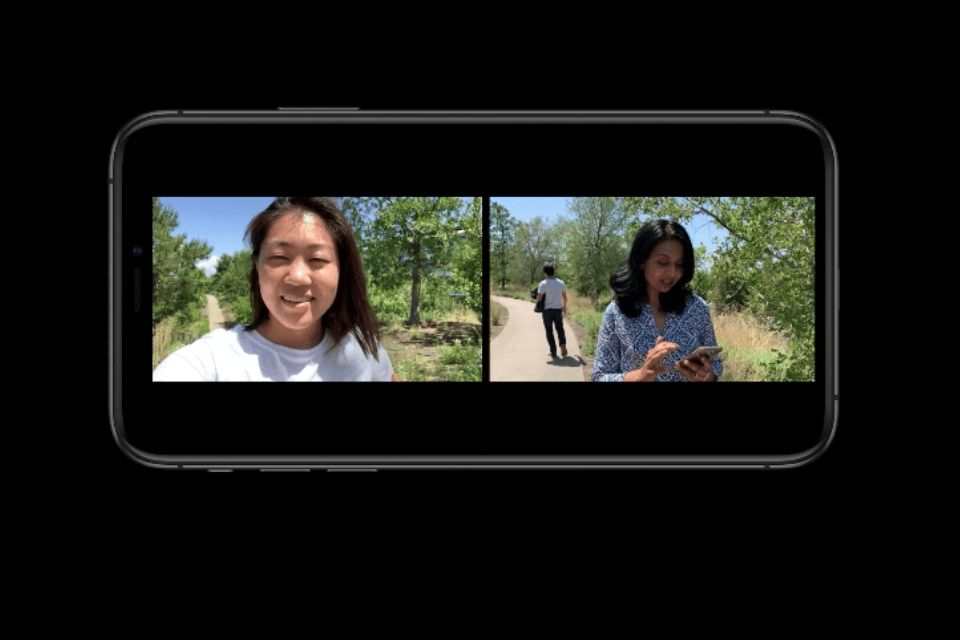 Apple is adding multi-cam support to iPhone and iPad with iOS 13 and iPadOS, allowing users to capture images and videos with their front-facing and rear-facing cameras simultaneously.

Revealed within session 249 of WWDC, Apple said that it is introducing new APIs that will allow camera apps to take advantage of front- and rear-facing camera modules simultaneously, in addition to allowing developers to take advantage of multiple microphones to “shape” the sound that is captured.

Due to power constraints, multi-cam support is limited to the iPhone XS, iPhone XS Max, iPhone XR, and the 2018 Face ID-equipped iPad Pro. Apple themselves haven’t added multi-cam support to the native Camera app on either iOS or iPadOS, so we’ll have to wait and see if this is added at a later stage of the beta testing period.

In addition to multi-cam support, within the session, Brad Ford from Apple’s camera software team shared that iOS 13 will add a new technology called Semantic Segmentation Mattes which will help iPhone better identify things such as skin, hair, and teeth to improve Portrait photos and effects.