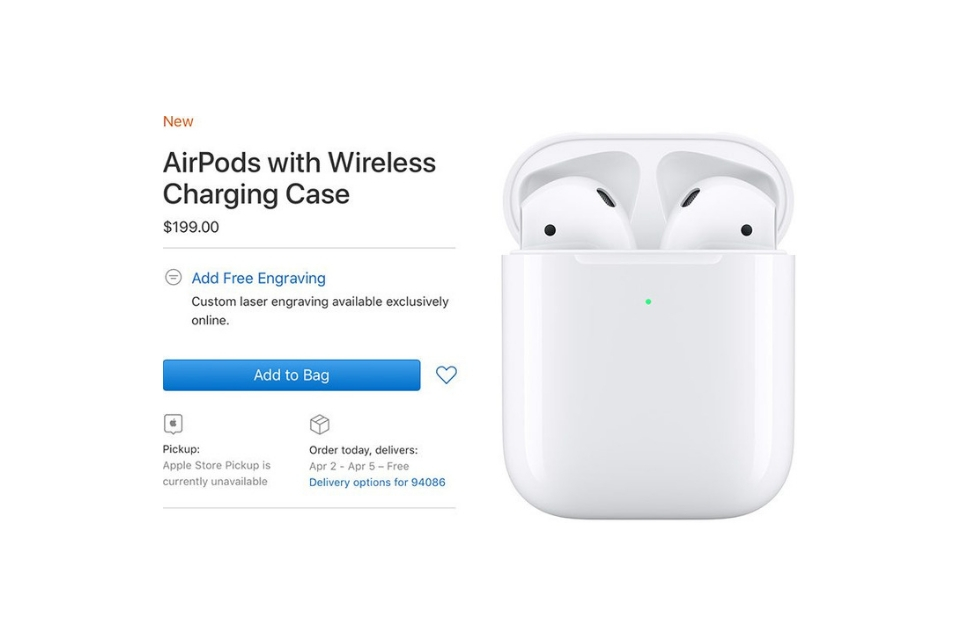 Apple unveiled its highly rumored second-generation AirPods with “Hey Siri” support and a new Wireless Charging Case on Wednesday, and already the initial stock of the new earbuds has sold out, with Apple showing delivery estimates stretching into early April in the United States.

The new AirPods are far from the large refresh we were expecting, though Apple has added some desirable features to the small white earbuds, including a new Apple H1 chip, improved battery life and support for hands-free “Hey Siri”.

The release yesterday is the third product Apple has launched so far this week. On Monday we saw an all-new 10.5-inch iPad Air debut alongside an upgraded iPad mini, and on Tuesday we saw upgraded iMac and iMac Pro models arrive quietly within an update to Apple.com.

When unveiled Apple was showing delivery estimates of March 27th to March 29th, though those timings quickly disappeared. Availability varies country to country, and Apple Store pick-up will be available early next week.