Apple, we need an iCloud storage plan between 200GB and 2TB 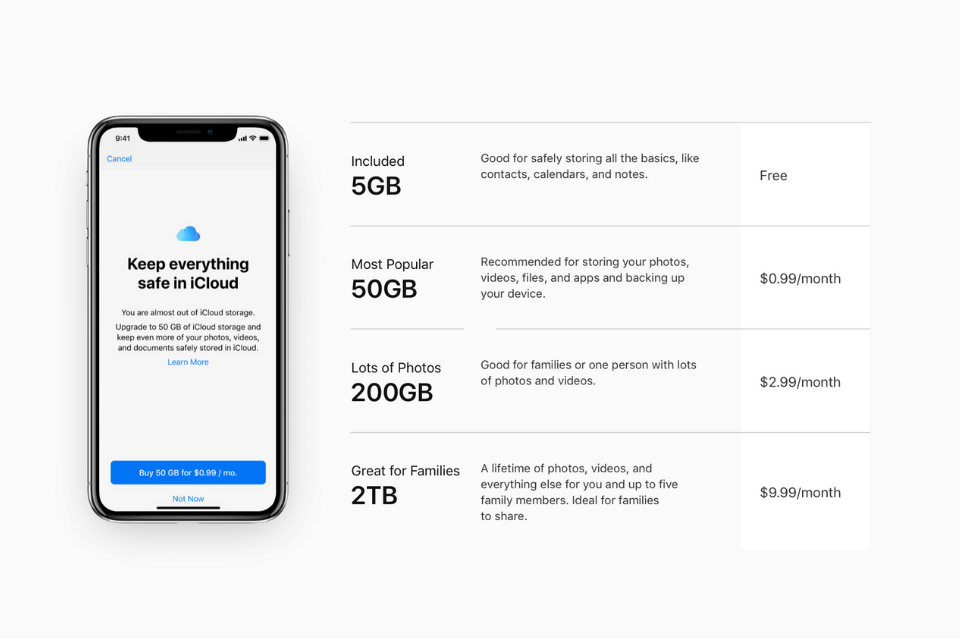 The inevitable time has come for me to upgrade my iCloud storage plan, I’ve tried to buy some extra time over the past couple of weeks by deleting photos, emails, notes, old iMessage threads and rogue duplicate files from iCloud Drive, but I’m still finding myself teetering on the edge of reaching my 200GB storage plan limit.

If you pay for 200GB of iCloud storage such as myself, you know that your only upgrade option is Apple’s top-level 2TB storage plan priced at $9.99/£6.99 – a $7.00/£4.50 increase per-month which in the grand scheme of things isn’t that bad, roughly the cost of a meal at McDonald’s, but the actual jump in storage is ridiculous!

The whole reason I’m changing my storage plan in the first place is because I’ve reached my 200GB limit, so upgrading to the 2TB option will mean I’ll be paying monthly for over 1TB and a half of iCloud storage I simply don’t need, which brings up the question – should Apple introduce an iCloud storage plan between 200GB and 2TB?

I’m sure over time I’ll begin to fill some of the surplus storage, especially given that I can share the unused space with up to five others as part of Apple’s Family Sharing service, and in all fairness to Apple they do promote the top-level 2TB plan as storage for “a lifetime of photos, videos and everything else”, but that’s not the point – the average Joe who has filled their 200GB of storage shouldn’t be forced into buying 2TB of storage, the majority of which probably won’t be used. 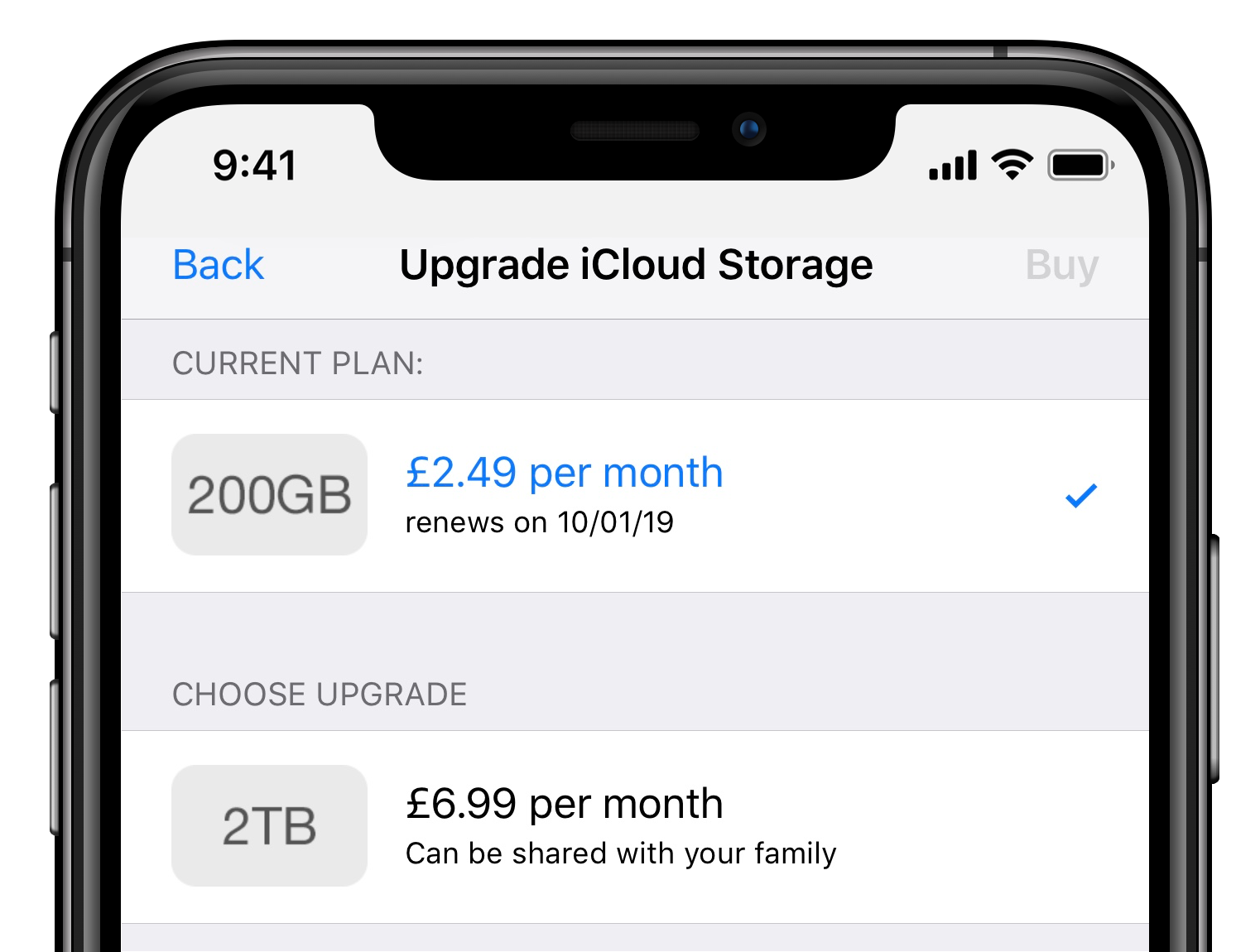 Apple last altered their iCloud pricing structure in 2017, removing the 1TB option which it previously offered for $9.99/£6.99. It’s unknown why Apple cut the 1TB option – maybe it wasn’t proving to be that popular – but at least it helped bridge the gap between 200GB and 2TB.

Focusing solely on pricing, $9.99/£6.99 isn’t actually that bad in the world of cloud storage. Google Drive charges users $9.99/£7.99 for 1TB of cloud storage, while Microsoft’s OneDrive is priced at $6.99/£5.99 per-month for 1TB, though these two options don’t offer the full syncing integration across all your Apple devices like you get with iCloud.

I’ll have to take the hit and upgrade to 2TB… it could be worse, but it bugs me knowing I’ll be paying for storage I won’t be fully using. Maybe it’s just me, I’m known for being quite tightfisted, but I’d be interested to see what you make of this. Let me know in the poll below if you think we need an iCloud storage plan between 200GB and 2TB.