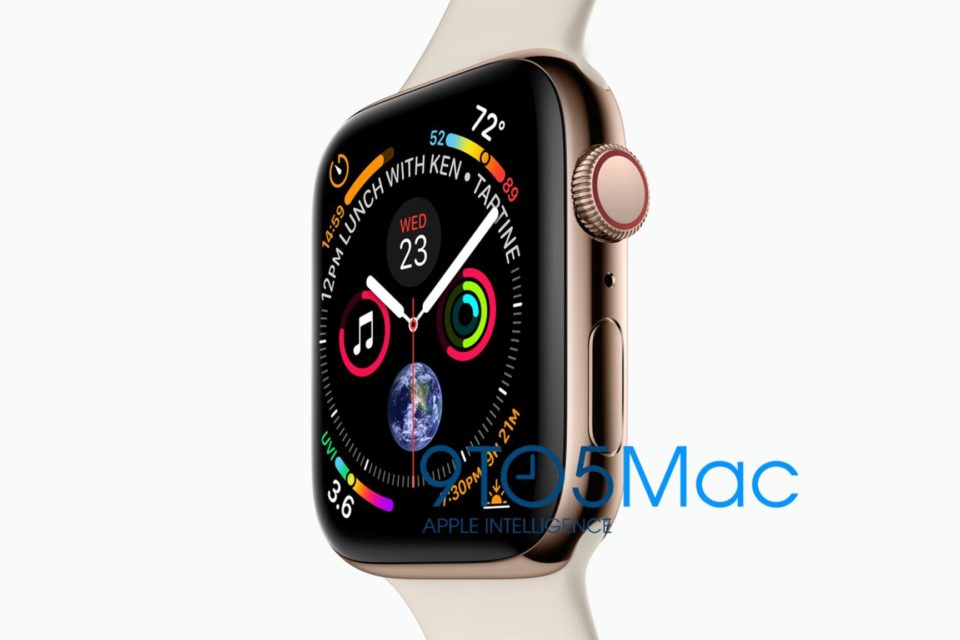 The image of the fourth generation Apple Watch shows a much larger screen and thinner bezels, which is consistent with previous rumours, as well as a thinner body.

The image also features a brand new analog watch face, which features a new style of coloured complications that make the face look more circular. The face includes eight complications, allowing more information to be available at a glance. It’s likely that most of Apple Watch’s existing faces will also be redesigned for the larger screen.

Minor design tweeks depicted in the photo include a new hole in the body between the crown and button, as well as a slightly different crown for cellular models that features a red outline of a circle, rather than a solid red circle as seen in Apple Watch Series 3.

We’ll find out more info about the new Watch Series 4 at Apple’s September 12 event at the Steve Jobs Theatre in Apple Park, Cupertino. Stay tuned to The Apple Post for all the Watch Series 4 and iPhone XS coverage.