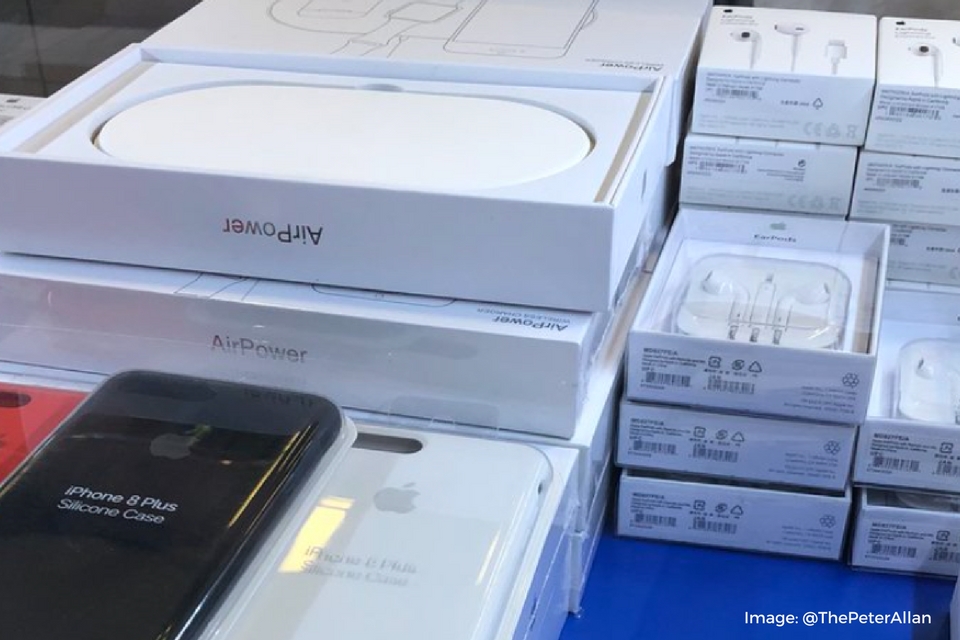 Following the discovery of a sketchy image uploaded to Twitter on Friday that claimed to show Apple’s unreleased (and long awaited) AirPower wireless charging mat and accompanying retail packaging at Vienna International Airport’s arrival hall, investigations show the image was nothing but a fake.

The fake was shared by businessman Peter Allan who claimed he had found multiple AirPower units on display at the airport, with the picture showing an open box stacked alongside other Apple accessories, however, eBay listings have outed the image as nothing but a knock-off.

As part of the ploy, Allan claimed the airport retailer was selling the AirPower charging mat at for “200 bucks”.