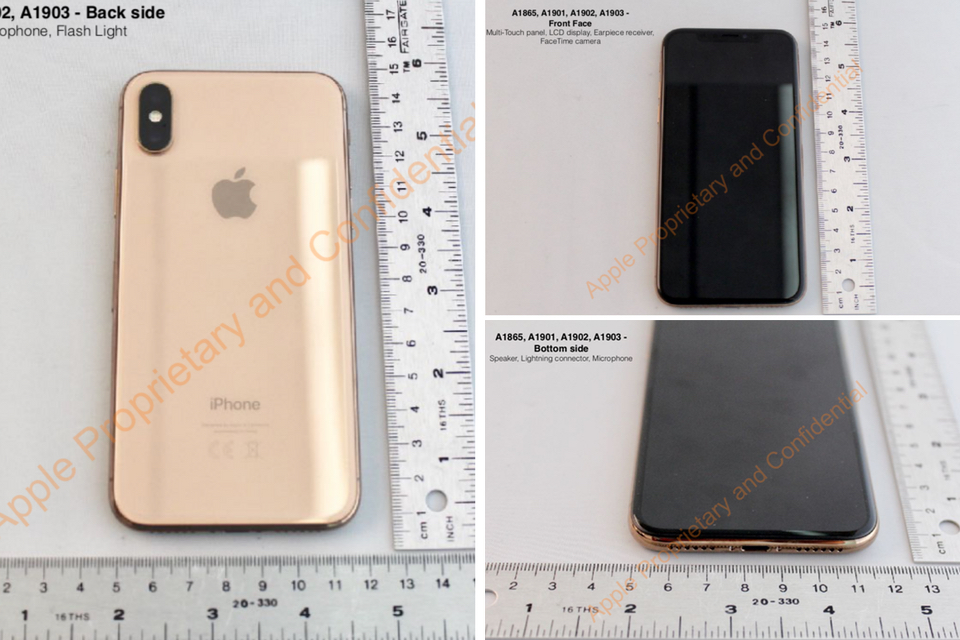 The U.S. Federal Communications Commission appears to have leaked documents and imagery submitted by Apple in September 2017 of an unreleased gold colored iPhone X.

The leaked documents appear to have unearthed a prototype device that features a gold stainless steel frame and a lighter gold glass back appearing to match the shade of gold used on Apple’s iPhone 8.

Reports of a ‘Copper Gold’ iPhone X came in thick and fast in the run-up to the launch of the handset back in September, however those claims never materialised. One suggestion/thought was that similar to the delayed launch of the white iPhone 4, Apple wasn’t able to find the perfect shade of gold in time to release the handset alongside the space gray and silver devices.

Strangely, the annotations on the images reference an ‘LCD display’ rather than an OLED panel that is used on the current iPhone X. – It’s unclear if Apple will release the new colored iPhone X this summer, or will wait and release the new color as part of their 2018 iPhone refresh.

We don’t have any reason to doubt that these images are genuine. – The filing’s authenticity has been confirmed by the FCC to AppleInsider, and the supporting documents are available to download on the official webpage for the government agency.