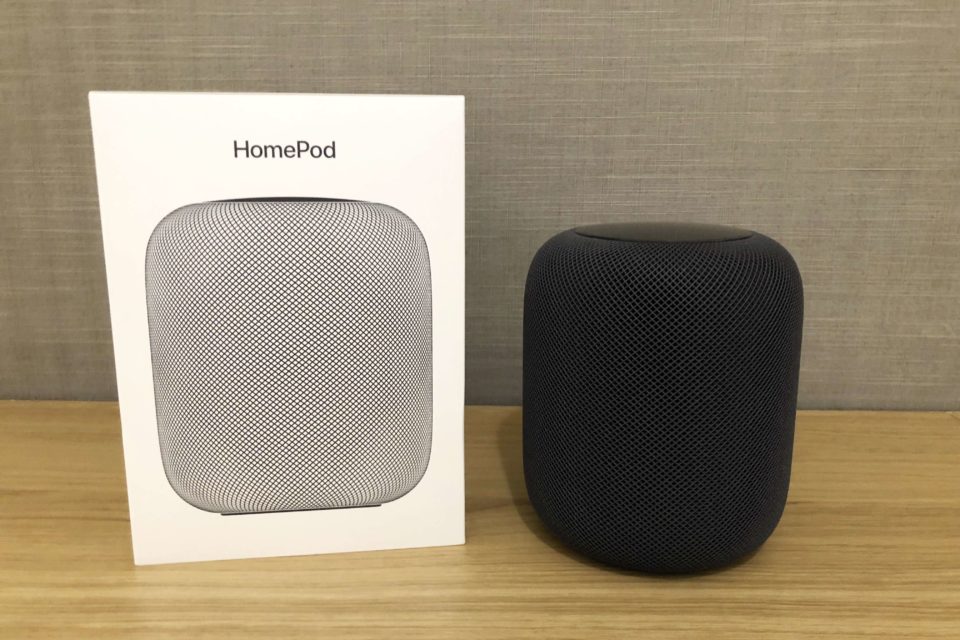 After almost a year of waiting Apple has finally released HomePod, the Cupertino tech giant’s attempt to reinvent audio with their take on the Amazon Echo and Google Home. HomePod, Apple’s new Siri controlled smart speaker promises to “deliver the highest-fidelity sound” throughout any room in which it is placed. Within our HomePod review we put the device through its paces to see if it can truly reinvent home audio.

Before we jump into the HomePod review, let’s backtrack to when the speaker was first announced at WWDC in June 2017. Apple kicked off the grand unveiling of the HomePod by showing a Sonos PLAY:3 and Amazon Echo, with Philip Schiller saying Apple wants to combine the two to create a “breakthrough home speaker”, claiming that the company has been hard at work for many years creating a device that will 1) Rock the House, 2) Have spatial awareness and 3) Be a musicologist.

The small cylinder Mac Pro shaped HomePod features a large Apple-designed woofer for deep, clean bass, a custom array of seven beam-forming tweeters that provide pure high frequency acoustics and powerful technologies built into the inners of the speaker to preserve the richness of the audio it is playing. HomePod uses Siri, the voice activated assistant most commonly used on iOS. Siri can perform a limited amount of tasks, including playing songs, sending messages, controlling your HomeKit accessories, setting a timer, providing facts and more.

I was able to pick up HomePod on launch day from my local Apple Store, and my first impressions were it’s size and weight. HomePod is 6.8 inches high, however looks a lot larger within Apple’s marketing material, and weighs 5.5 pounds (2.5 kg) which is approximately the weight of 5 bags of standard sized sugar. 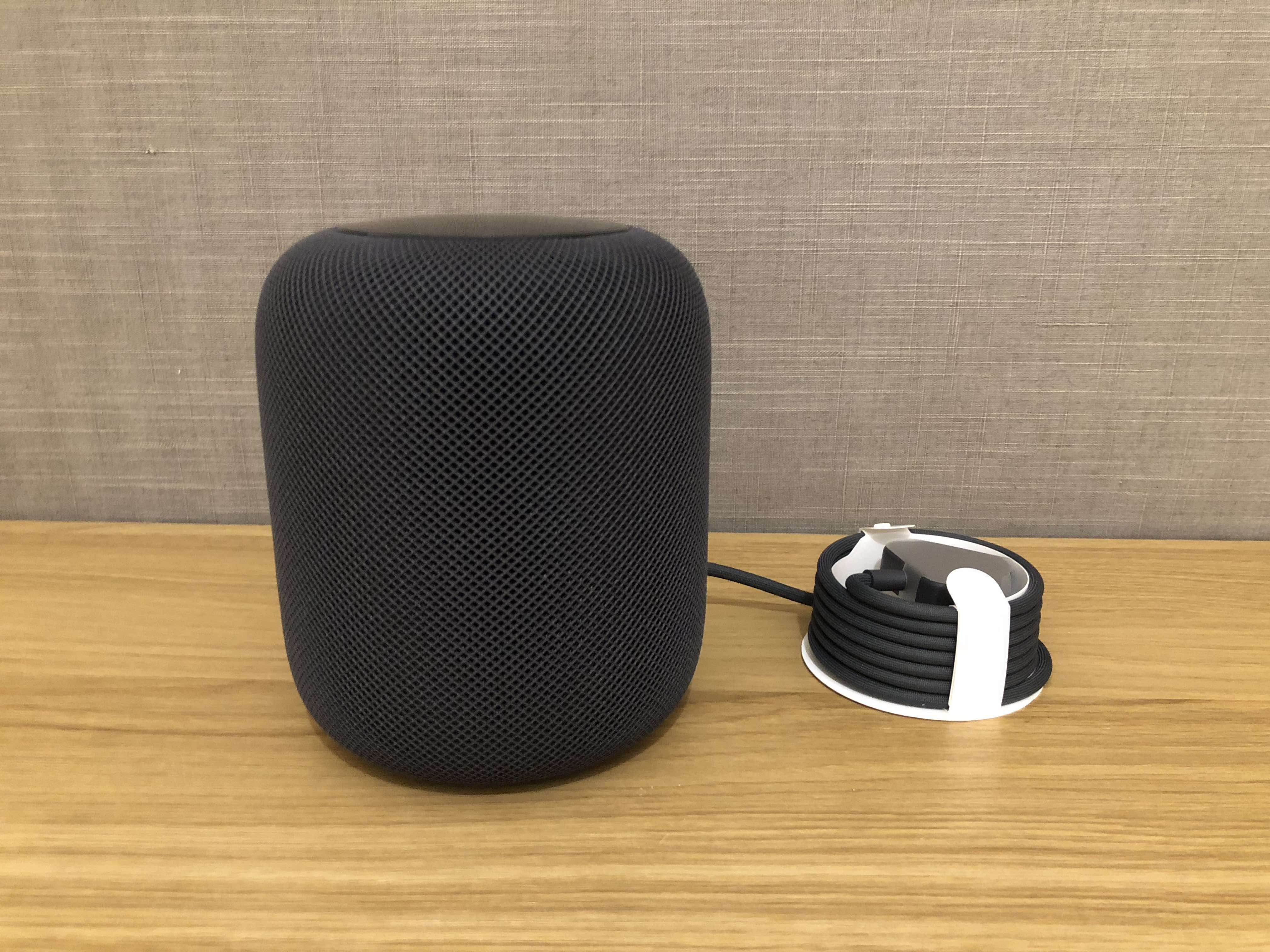 Out of the HomePod’s two color options I chose to go with Space Gray, simply because I felt the speakers OLED display (located at the top of the device) looks a lot more sleeker in the darker color option, but also because I wanted the device to blend in with my other gadgets and gizmos such as my PlayStation, Sky+ HD, TV and Apple TV.

HomePod is available in a choice of either White or Space Gray and comes with an accompanying 2 meter (6 foot) color matched fabric wrapped power cable. At the top of HomePod you’ll find a circular OLED panel that shows a handful of graphics dependent on what HomePod is doing; for example HomePod will show a blurred Siri glow when prompted, a pulsating green indicator when taking a call and volume controls when playing Audio.

The OLED panel doubles up to recognise touch gestures. Users can choose to touch and hold for Siri, tap to play/pause music, double-tap to skip a track or triple-tap to skip back to whatever was playing last. On the bottom of HomePod is a sturdy rubber base to grip the device in place. The speaker is essentially a minimalistic cylinder wrapped in mesh fabric, with the power cord being the only thing interrupting the seamless rounded design.

I’m personally a huge fan of Sonos, the American speaker brand… So from day one I knew HomePod needed to provide nothing but perfect audio for me to even consider cutting my beloved Sonos PLAY:3 out of my daily routine. Cutting straight to the point, in the time that I have spent with HomePod I don’t feel it produces the powerful sound quality that my Sonos PLAY:3 has spoilt me with over the past couple of years, however; that’s not to say the audio is a letdown… in fact it’s far from it.

For a speaker its size the audio it produces is phenomenal. Apple has developed a system that intelligently  and automatically analyses the acoustics, adjusts the sound based on the speaker’s location, and separates the music into direct and ambient sound. Apple notes that direct sound is beamed to the middle of the room, while ambient sound is diffused into left and right channels and bounced off the walls. So your music sounds amazing wherever you are in the room.

You can tell Apple has spent years fine-tuning the quality of the audio HomePod produces, with the company even inviting select members of the media to explore their top secret audio lab to show off some of the facilities used to develop the device. – Anyone big on audio will love HomePod without a doubt, and I highly encourage you to listen to one yourself. 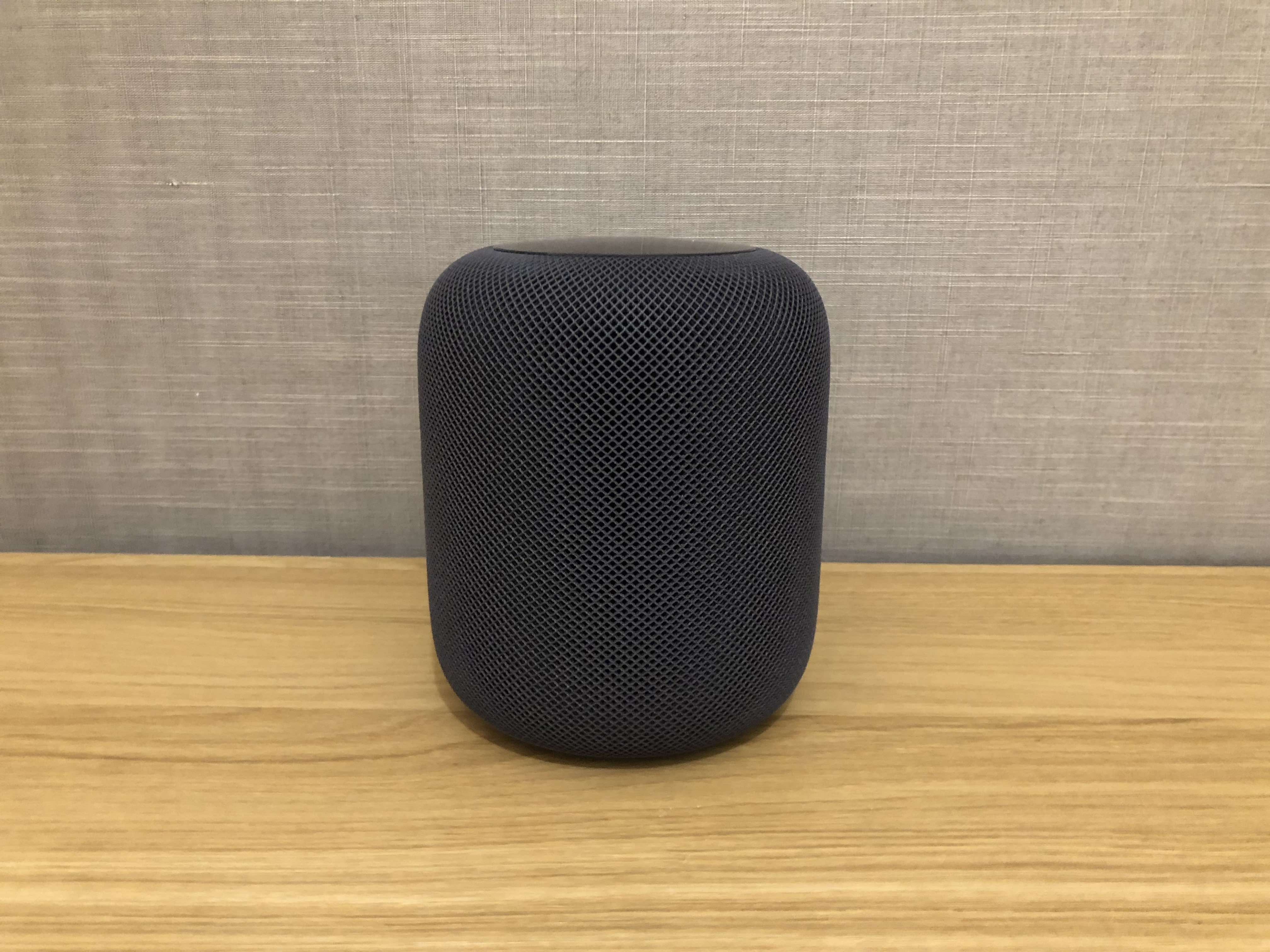 Before we jump into Siri on HomePod, let me quickly touch on the microphones built into the speaker. No matter if music is playing or if I’m at the other end of the room HomePod has been able to precisely listen to my requests without me having to raise my voice or make any extra attempt for the speaker to hear me. – I took a call on HomePod the other evening and although I was a short distance away, not once was I asked to speak louder and the feedback I had when asked about my voice was that it sounded as loud as it would if I was holding the phone to my ear. – A big well done is due for the microphones within HomePod.

The only issue is I wish I could put the microphones to a better use because currently, Siri on HomePod is extremely basic and certainly is not at a level to compete with the in-depth requests users can ask Alexa on Amazon Echo. I’ve asked a couple of friends who also own HomePod for their thoughts, and everybody seems to be in the shared opinion that Siri seems very half baked. For example, Siri on HomePod does not have any calendar access so cannot add new appointments or remind you of existing ones… It just seems as if not all the basics have been included and it’s disappointing.

Over time Apple will update HomePod with new software, so hopefully with each software release they include new features and capabilities.

One of the main attractions to HomePod for me was that it will act as a base for my HomeKit accessories. As long as the user has the compatible accessories they can say “Hey Siri, turn on the lights”, “Hey Siri, open the blinds” or “Hey Siri, make the room cooler”. They can even ask Siri to set scenes, like “Good morning” which will put multiple accessories to work all at once. – If you are turning your home into a “Smart Home” the HomePod is a great way to control your accessories.

If you’re planning on purchasing HomePod then you really do need an Apple Music subscription to use the speaker. Although you can AirPlay Spotify tracks through your iPhone or iPad, you cannot use voice control to skip tracks which really defeats the point of having a voice controlled speaker. – A month before purchasing HomePod I jumped ship from Spotify to Apple Music and haven’t looked back.

As mentioned within the audio section of the review, HomePod is a fantastic speaker that can produce an incredible amount of sound from such a small device. I would love to tell you HomePod will replace my Sonos PLAY:3, but I honestly do think that after listening to them both, Sonos wins in terms of base, loudness and overall oomph, but; I can’t stress enough how powerful HomePod is. Brands such as Sonos should keep a close eye on Apple as they are not far behind.

One of the biggest questions that has been thrown my way is “Why would you buy HomePod for £319/$349 when you could get another smart speaker for much less”, and my answer is always that HomePod is much more than a smart speaker. The audio is second to none compared to Amazon Alexa and Google Home, you aren’t just buying a home assistant, you are buying a home speaker and to me that justifies the price.

I’ve rated HomePod 8/10 for two main reasons… The first being that Siri just isn’t on a level to compete with the other smart speakers on the market, and although more capabilities will hopefully come in the future I feel as if Apple had long enough to add more to the device at launch such as multi-room audio, one of HomePod’s highlighted features, which will be coming “later this year” according to Apple.

The second reason for my rating is the comparison to Sonos. I know I keep banging on about my PLAY:3, but I really was hoping that HomePod would replace my Sonos all-together and although Apple point blank pointed out that they wanted to create their own version of Sonos at HomePod’s launch in June 2017, I don’t feel they have achieved that goal as of yet. 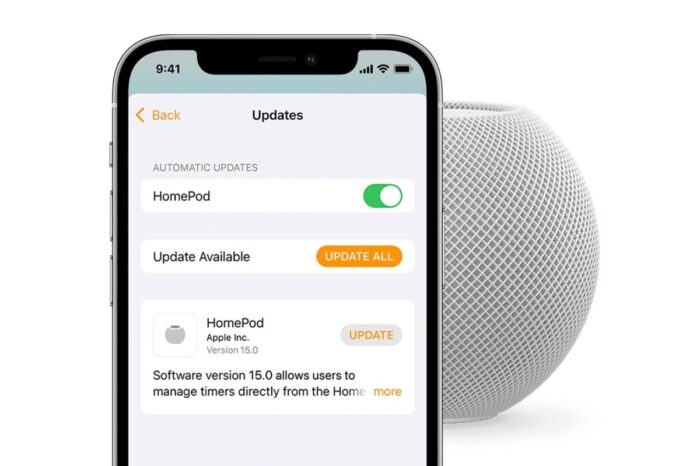