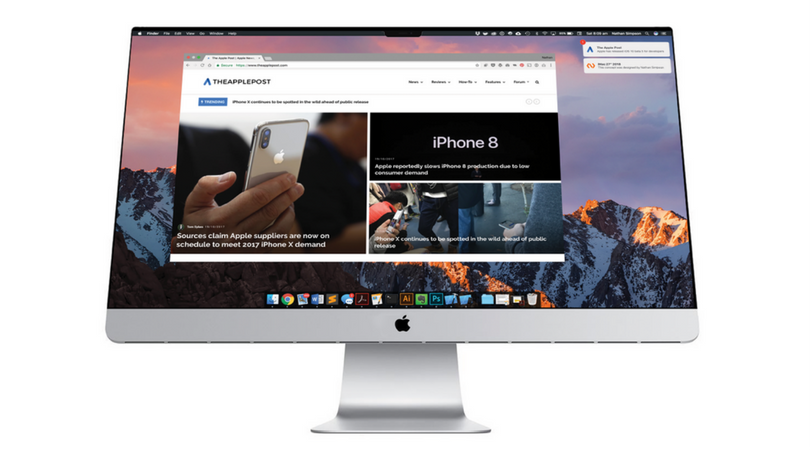 At the beginning of the year Phil Schiller, Apple’s SVP of Worldwide Marketing and Craig Federighi, SVP of Software Engineering, confirmed Apple was planning on pumping life back into the Mac, by confirming that an all new iMac Pro and updated iMacs will be launching later in the year. Although Apple has previewed the iMac Pro, they haven’t so far given us a glimpse of the new 2018 iMac. I’ve imagined what they may be cooking up for their next all-new iMac with this Photoshop concept.

The exterior design of Apple’s popular all-in-one has been largely untouched since 2009, aside from when they dropped the CD superdrive and trimmed some fat in 2012, so it’s time for Apple to rethink some of the key features and expand upon their design to bring it into 2018.

This concept features a reduced bezel around the edge of the screen, as well as a reduced aluminium chin at the base. For the screen, a 28 inch 5K Retina Display. This allows the iMac to keep similar dimensions to the current 27 inch model, which has much thicker bezels. 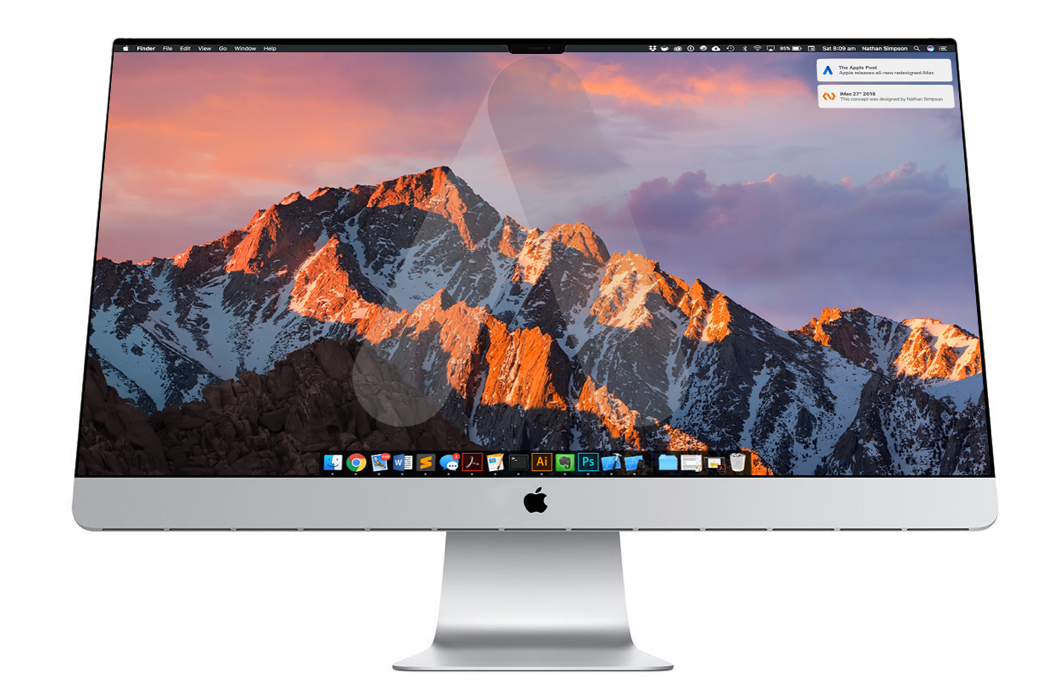 The top of the screen features a notch similar to the iPhone X, which almost disappears into the dark status bar. The notch would house the FaceTime HD camera, as well as the necessary sensors for Face ID. This would enable biometric authentication for logging in and using Apple Pay on iMac, in a similar way to Touch ID in the current MacBook Pro with Touch Bar.

As far as options go, Apple already does a good job at offering model variants for most types of users. I personally would like to see an model with an Intel i7 and 16GB of RAM become a standard configuration. I would also like a choice of space grey or silver, but with the gorgeous space grey iMac Pro due for release in December, this could be unlikely.

What do you think of the concept? Are you keen for Apple’s latest model or are you waiting to see what they bring out next? Let us know in the comments below.