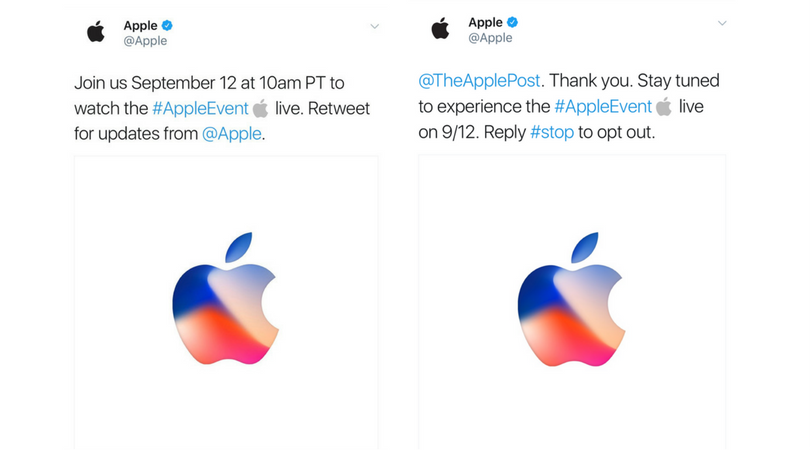 Apple is beginning to tweet special #AppleEvent reminders over Twitter ahead of their September 12th ‘Let’s meet at our place’ event at Apple Park. The tweets, which will remind users an hour before the start of Apple’s event next Tuesday, use a special Apple emoji whenever a user across Twitter uses the hashtag “#AppleEvent”, and Apple themselves will Tweet you personally to thank you for the retweet.

As seem before when Apple unveiled the iPhone 7 and iPhone 7 Plus, the tweets shared by Apple are rather mysterious, with them not appearing on the @Apple timeline. Nicknamed ‘Dark Tweets’, the invisible updates aren’t an advertising service Twitter offers to the public, hinting Apple has developed a special partnership to allow for such advertisements to be sent.

To receive a special tweet from Apple, Twitter users simply need to retweet the message below. Apple will send a second tweet to those who received the first auto-reply prior to the event ‘so you don’t miss a thing.’

Join us September 12 at 10am PT to watch the #AppleEvent live. Retweet for updates from @Apple. pic.twitter.com/tdzrgMwL1R 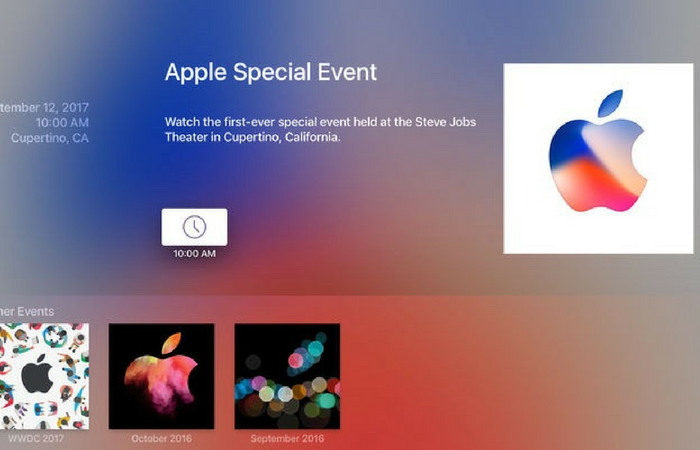 Apple updates the Apple Events app for Apple TV ahead of Tuesday’s keynote
Copyright © 2020 The Apple Post. All rights reserved.
To abide by EU legislations we must inform you that we use cookies in order to offer an enhanced, more intuitive browsing experience.OkRead more