Everything announced at WWDC 17 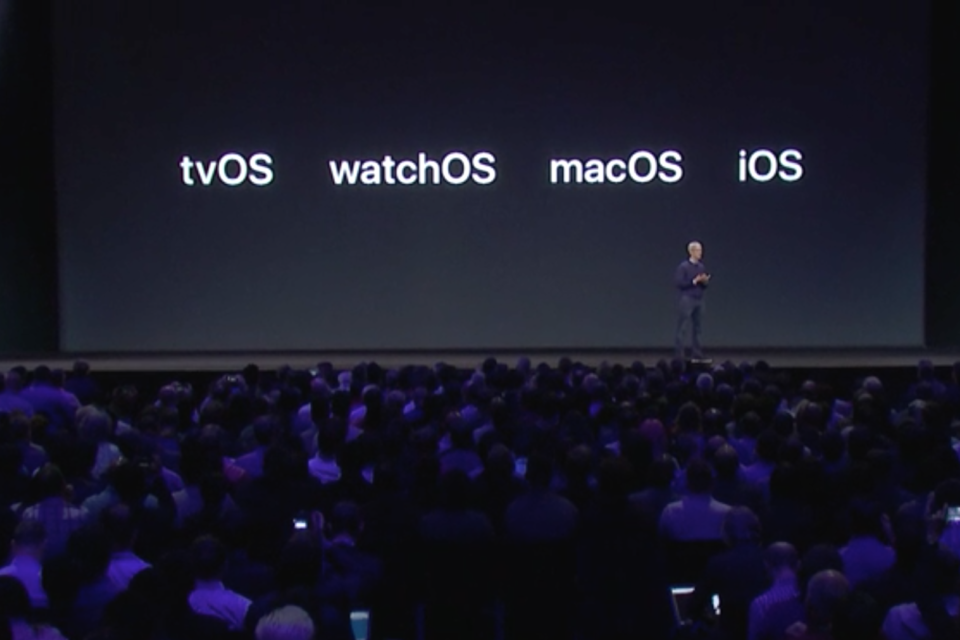 After months of anticipation, Apple has today hosted their annual World Wide Developers Conference at the McEnery Convention Center in San Jose, unveiling iOS 11, macOS High Sierra, watchOS 4 and updates to tvOS alongside new Mac and iPad hardware as well as an all new iMac Pro and HomePod home Siri speaker.

iOS 11: Apple has officially revealed iOS 11, the next major update available for the iPhone and iPad. iOS 11 has added an array of new features, from person to person ApplePay payments to an enhanced Siri and fully redesigned App Store. Available to the public in autumn and as a developer preview today, iOS 11 improves the Photos app by adding the ability to loop Live Photos, and to create long-exposure pictures as well as implementing a new compression method known as HEIF that offers higher quality images at half the storage size on devices. Control Centre receives a huge redesign with the launch of iOS 11, putting all controls onto one page and adding 3D Touch capabilities. – Maps has a new feature called Do Not Disturb While Driving that uses Bluetooth and a Wi-Fi doppler effect to automatically enable a block to stop notifications from disturbing the user while behind the wheel.

macOS High Sierra: Rather than introducing a whole new version of macOS today at WWDC, Apple has chosen to refine the existing macOS 10.12 Sierra by launching macOS High Sierra which improves Safari, the Photos application and updates the UI of Mail. In the grand scheme of things, macOS High Sierra is a rather small update for the day to day Mac user. For the Pro however, the update brings major graphics enhancements with the launch of the Metal 2 graphics engine that brings 10x improvement over the previous Metal 1 in graphics.

watchOS 4: Kevin Lynch, Apple’s Vice President of Technology took to the stage to introduce watchOS 4, an update available for all Apple Watch models that includes an all new Siri watch face, new News application and redesigned Music app. The watchOS 4 update focuses heavily on fitness, with Apple unveiling a fully redesigned Workouts app and updated Activity app with personalised monthly challenges and improvements to swimming workouts that track when a users stops or does a lap in the pool.

All New – iMac Pro: Giving us a sneak peak into whats to come in the future, Apple has quickly introduced the iMac Pro, their ‘most powerful Mac ever’. The new pro machine, available in a Space Grey casing, will feature a 1080p FaceTime camera, a 5K built-in display, 8-core Xeon processors, Radeon Vega graphics, 32GB ECC memory, and 10GB Ethernet as well as four Thunderbolt 3 ports with support for up to two 5K displays. – The new iMac Pro will be priced at $4,999.00 and will be available in December.

All New – HomePod: Also available later this year is HomePod, a product Apple hopes will “reinvent home music”. Launching in the United States, United Kingdom and Australia this December for $349, the new home speaker will allow users to use “Hey Siri” to play music, send voice commands and control HomeKit accessories. The new speaker will use an Apple-designed 4-inch woofer powered by Apple’s A8 chip; the HomePod is cased in a mesh with a display at the top which shows the familiar Siri icon when a user prompts the device. HomePod will be able to play music, read the news, send and receive iMessages, set reminders, listen to Podcasts, provide answers to general questions, check the weather and perform many other tasks.

All New – 10.5-inch iPad: As previously predicted by KGI’s Ming-Chi Kuo, Apple has today launched an all new 10.5-inch iPad Pro that replaces the 9.7-inch iPad Pro that was launched just over a year ago. The new iPad features a 50% brighter True Tone display that is powered by an A10x Fusion chip and ‘ProMotion’ technology which increases refresh rates up to 120hz. – Apple no longer offers a 128GB iPad Pro, with the model starting at 64GB working all the way up to 500GB. Unlike the iMac Pro and HomePod, the 10.5-inch iPad Pro is available now from Apple.com.

iMac & MacBook Pro: As expected following stock shortages and regulatory filings, Apple has introduced updated iMac and MacBook Pro models that add Intel’s Kaby Lake processors and new displays which on the iMac are 43 percent brighter than before. The iMac was the first to see a speck bump, with the machines getting up to three times more powerful graphics abilities in comparison to previous generations, faster processors, Thunderbolt 3, and faster storage options. Asides from gaining Intel’s Kaby Lake processors, Apple’s 13-inch MacBook Pro without Touch Bar received a price reduction, now starting at $1,299.00.